The Monmouthshire Merlin of May 2nd 1857 reported that a ten year old girl had drowned in the canal at Cwmbran on Friday 24th April. Her cape was spotted in the water and efforts to get her out immediately commenced, though it was still some half an hour before her body was actually retrieved. An inquest was held the following day.

Searching the burial records, this seemed the most likely fit: Mary Burke.

Mary was actually just eight years old, and was laid to rest on Tuesday 28th April. Having a more accurate birthdate enabled me to find her on the 1851 census record when she was living with her family in Springvale. Her mother and father, Michael and Mary (née Crowley), had moved to the area from Ireland along with Mary's older sister, Margaret. Michael was listed as a labourer here; in the 1857 newspaper report he is described as a coker at Mr. Lawrence's works - i.e. Cwmbran Iron Works. 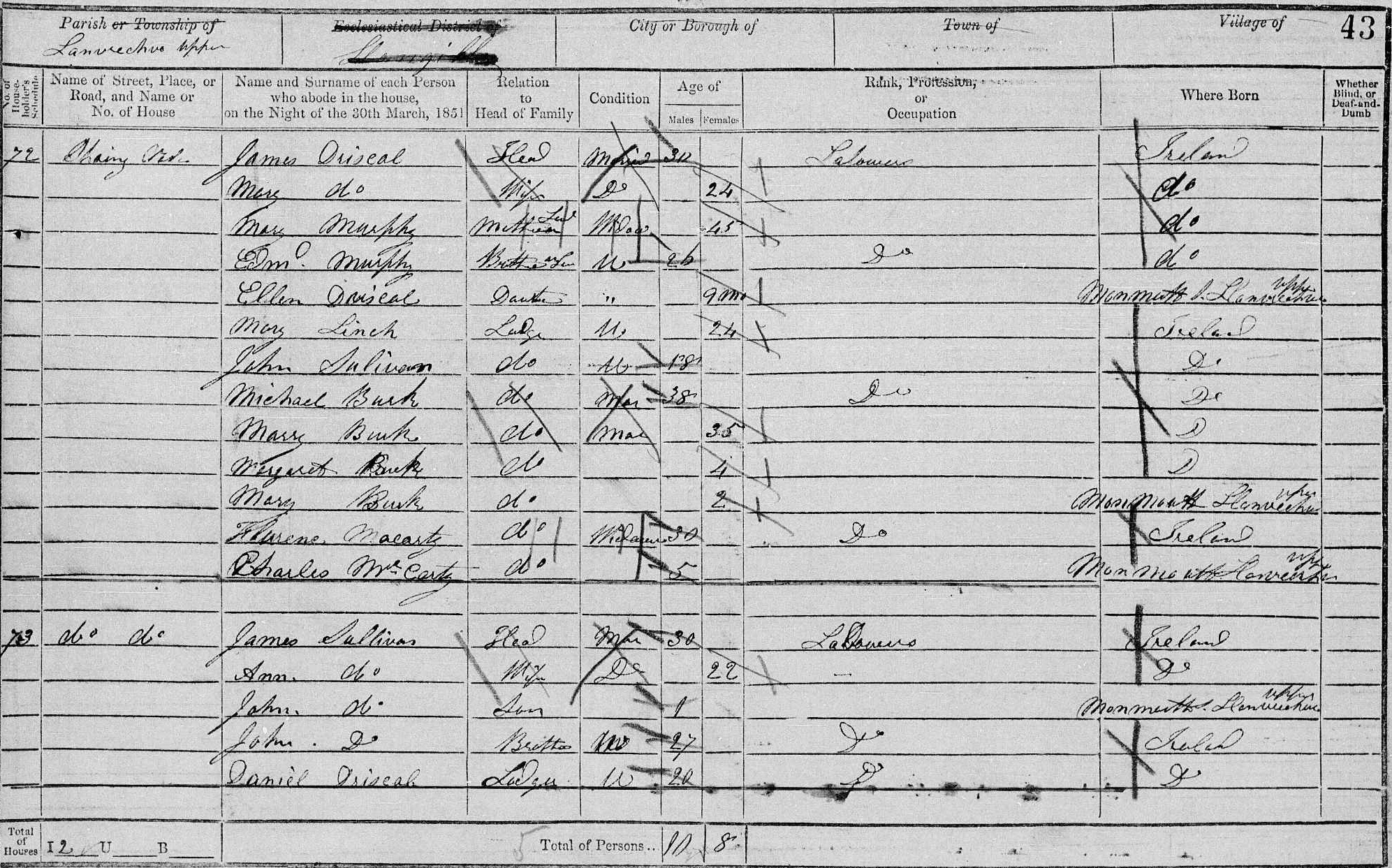 Mary herself was born in Wales, as listed on the birth register for 1850.

Having her full name made it easier to search the newspaper records, and up came a more detailed report from the 9th May edition of the Monmouthshire Merlin. The deputy coroner, William Brewer, heard that the lock keeper at No. 11, Thomas Reid, was alerted by a boy who had seen Mary's cape in the water. Her father said that Mary had been sent to the shop by her mother at about 13:00 hours.
The journey was fairly treacherous - 'she had to cross the lock over a piece of wood' - but only halfpenny of the five pence her mother had given to her was found on her body so presumably she was on her way home. Michael was reported as being convinced that his daughter's death was not an accident... 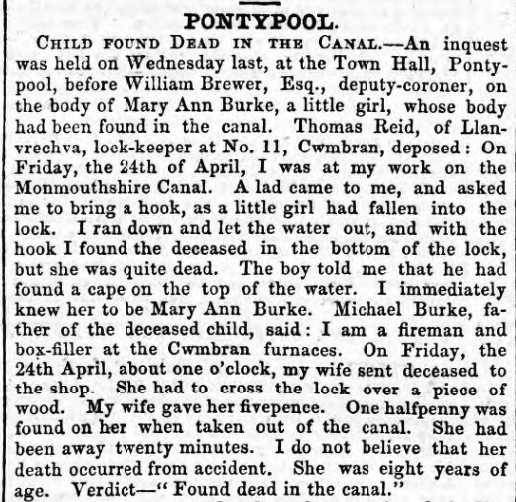 Except this was just a case of poor reporting rather than a sign of a deeper mystery. The Illustrated Usk Observer and Raglan Herald of the same day reveals that the full quote was actually he "did not believe that her death occurred otherwise than by accident." It also provided the reason for Mary's trip to the shop; she was sent to get some cheese for a lodger's dinner. She had been gone about 20 minutes when found dead. 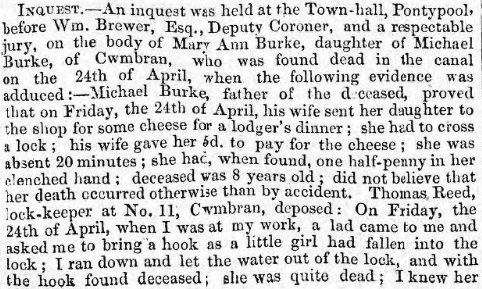 I lost track of the family after that, but if you know more I would love to hear from you!