Not everyone who ended up in the canal lost their lives in it. While researching this series there were plenty of reports of 'near misses' to be found in the newspapers. So, to make the whole project slightly less morbid, every last Saturday of the month will be the case of someone who survived the Mon & Brec!

This week's case is that of Sidney Strange, a Cwmbran labourer whose encounter with the canal doubtless did little to endear it to him! The Evening Express of Tuesday 18th February 1902 had fallen into the canal the night before - Monday 17th February - and had to be pulled out by a boatman with his hook. A police constable was sent for from Griffithstown, while Sidney was put in a barrow and wheeled away. 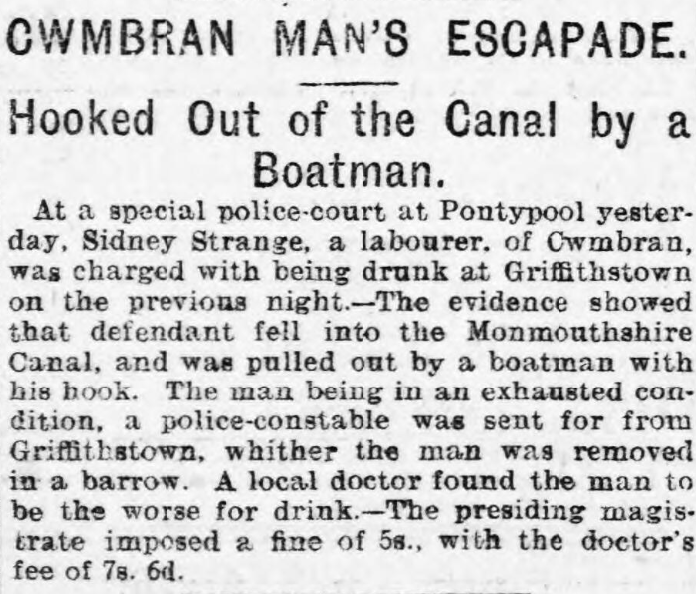 The same report featured in the Weekly Mail of Saturday 22nd February. Looked over by a local doctor, Sidney was found to be rather the worse for drink. So much so that he was charged with being drunk at a special police court in Pontypool the next day, where the presiding magistrate fined him 5s for the offence, and ordered him to pay the doctor's fee of 7s 6d.

It wasn't Sidney's first mention in the papers either. The 26th December 1893 edition of the South Wales Daily News - and the 30th December 1893 edition of the Cardiff Times - reported that he had been charged with stealing 3lbs of tobacco worth 15s from grocers' E. and J. Richards at Pontypool police court. He was duly sentenced to 21 days hard labour.

The 1901 census revealed that Sidney was a general labourer at the ironworks and living as a boarder at 6 Spring Street. Born in Bristol in 1851 Sidney had moved to Cwmbran by at least 1891, in time to feature on the 1891 census, already lodging with the Pasks at Spring Street as he would be ten years later. 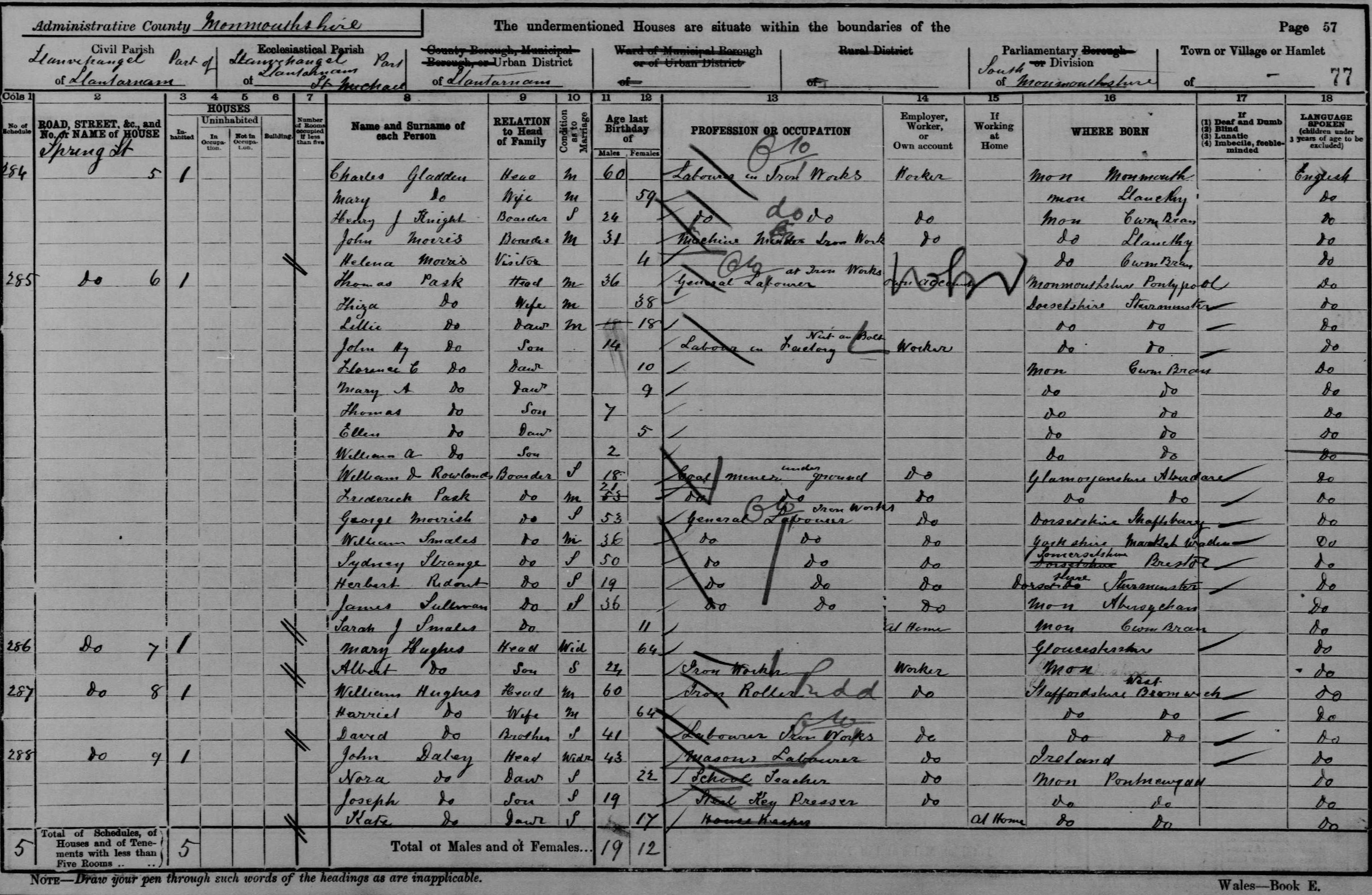 Sidney's luck didn't improve much after his brush with the Mon & Brec. The records show Sidney had been living at 4 Spring Street when he died in 1906, aged 55. He was buried on Sunday 22nd April 1906 by Rev. Gomer Davies.