Today's case begins with a short report in the Monmouthshire Merlin of Saturday 16th February 1861. Samuel Fox, a 24 year old collier, had been found dead in the Cwmbran canal the previous week.

The Illustrated Usk Observer and Raglan Herald of the same day gave slightly more detail. The body was discovered on Wednesday 30th January, floating between Pontnewydd and Five Locks, and was then subsequently identified as Samuel Fox. The Observer claims that he was the son of Mrs. England of the Old Bridge [End] Inn in Cwmbran - aka The Top Bridge - the pub where the inquest was held.

That was enough to find Samuel on the 1851 census record. Ann England (37) and her husband William (28) had moved to Cwmbran from Bitton in Gloucestershire, at some point after the birth of their seven year old son Robert. Samuel is listed as a lodger, also hailing from Bitton, along with a Robert Fox who was born in 1827. (The Foxes can all be found in Bitton on the 1841 census.) 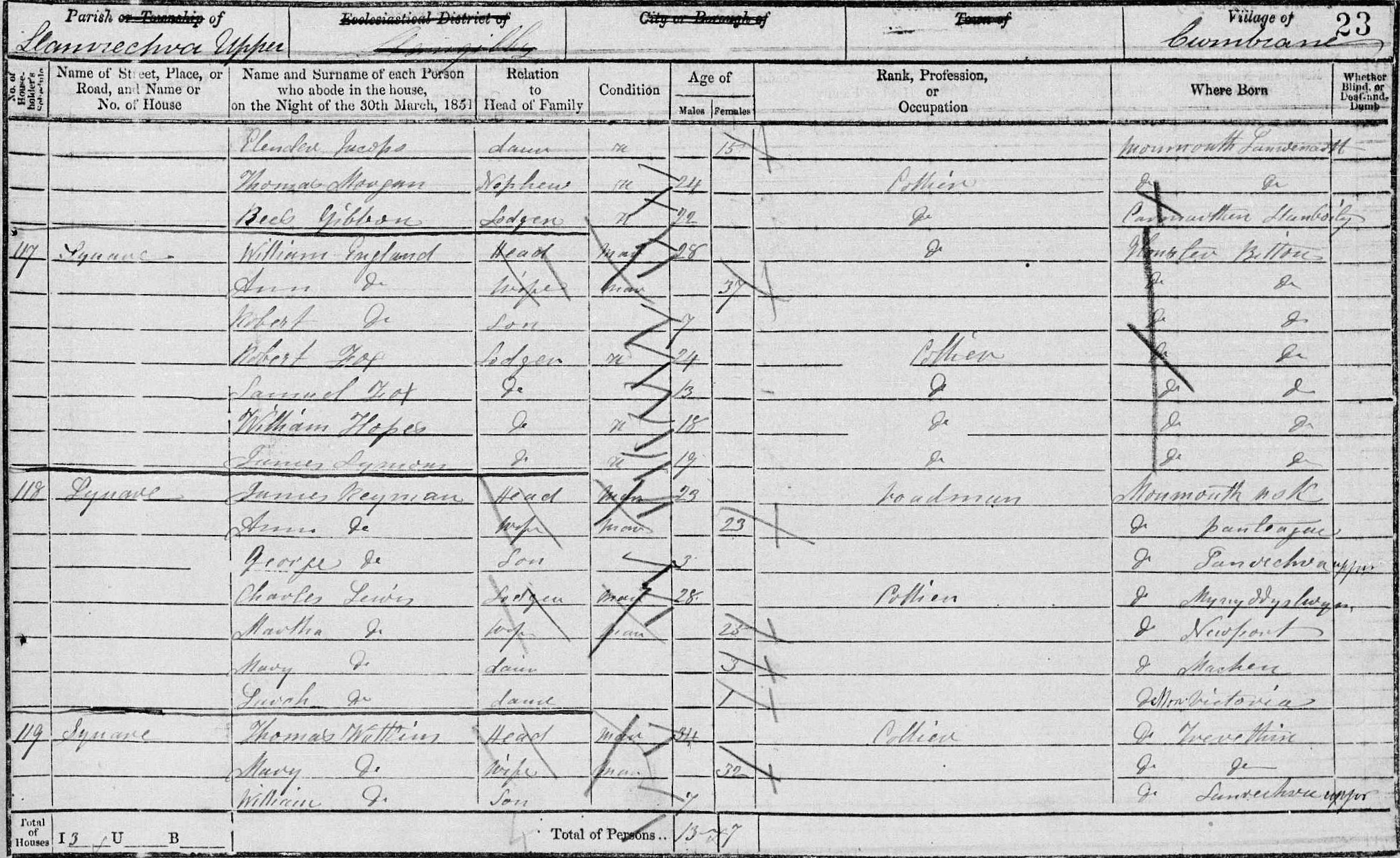 At just 13 Samuel was already a collier like William and Robert. I haven't been able to find out anything else about poor Samuel, but the Englands were still at the Bridge End Inn for the April 1861 census, with the now 17 year old Robert also listed as a collier. 1861 didn't seem to be their year, all told. In July they made an appearance in the local press in connection with the theft of two empty barrels from the pub.

William Dobbs, county court bailiff, had destrained various goods on behalf of the Englands' landlord, Mr. E. Evans, to whom they owed rent. While patrolling the premises on the night of Thursday 18th July he came across James Llewellin who called Dobbs 'a sly fellow' and was generally disagreeable. Not long later Dobbs realised the two barrels had gone missing and informed P.C. George Gough, who went around to Llewellin's residence at about 01:00 where he found the casks. Llewellin told the police officer he had found the barrels in a ditch and was going to use them as water casks... The man was found guilty and sentenced to a fine of 40s or, if unable to pay, 14 days imprisonment.

Here are the original reports from the Monmouthshire Merlin and the Illustrated Usk Observer and Raglan Herald, both dated Saturday 27th July 1861. 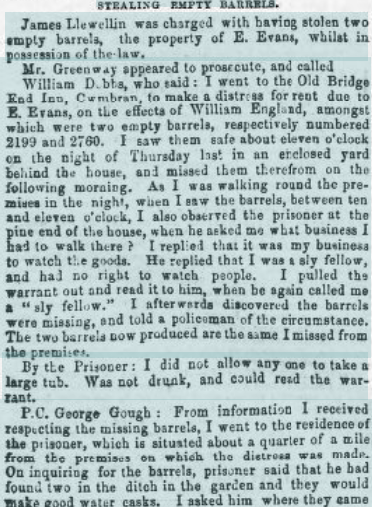 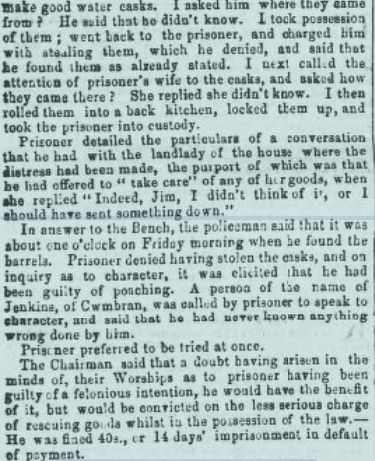 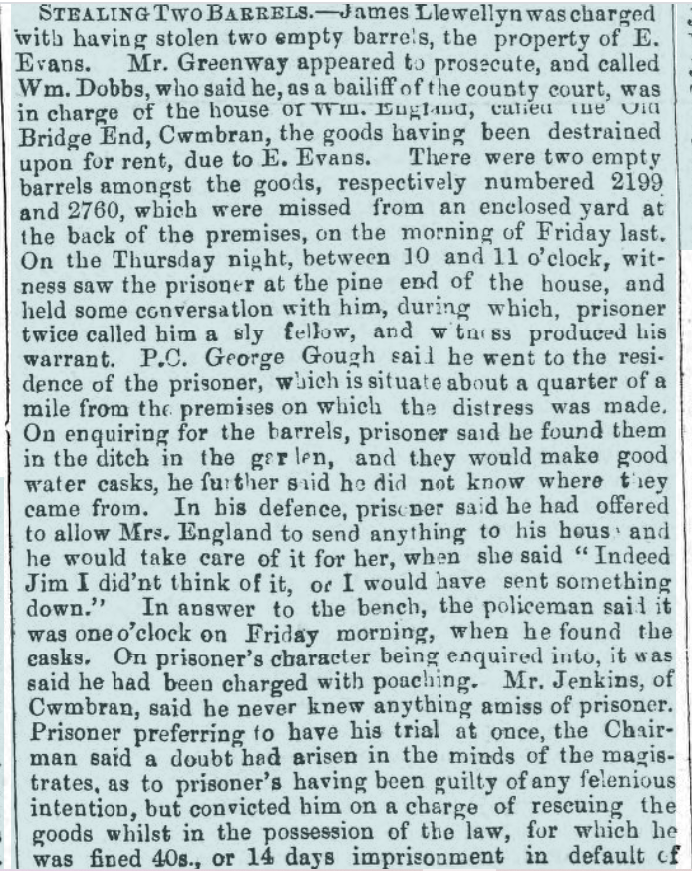 I lost track of the family after that. Did they move away? Did Robert marry? Had Mrs England really told James Llewellin to mind those barrels for her? If you know more, I'd love to hear from you! :)