On Thursday 13th October 1870 the Western Mail, after a piece on 'an extroadinary sow' in Henllys, reported that an Irish labourer named John Power had drowned in he Cwmbran canal. John was residing at the time at Nightingale Row and, along with a second man named John O'Brien, was staggering drunkenly home when both fell in the water. Their cries attracted attention and O'Brien was pulled from the water. Power was not so lucky.

The water was drained that same night and his body was retrieved. An inquest was held by Mr. Brewer at the Forgehammer, returning a verdict of 'drowned while drunk'. 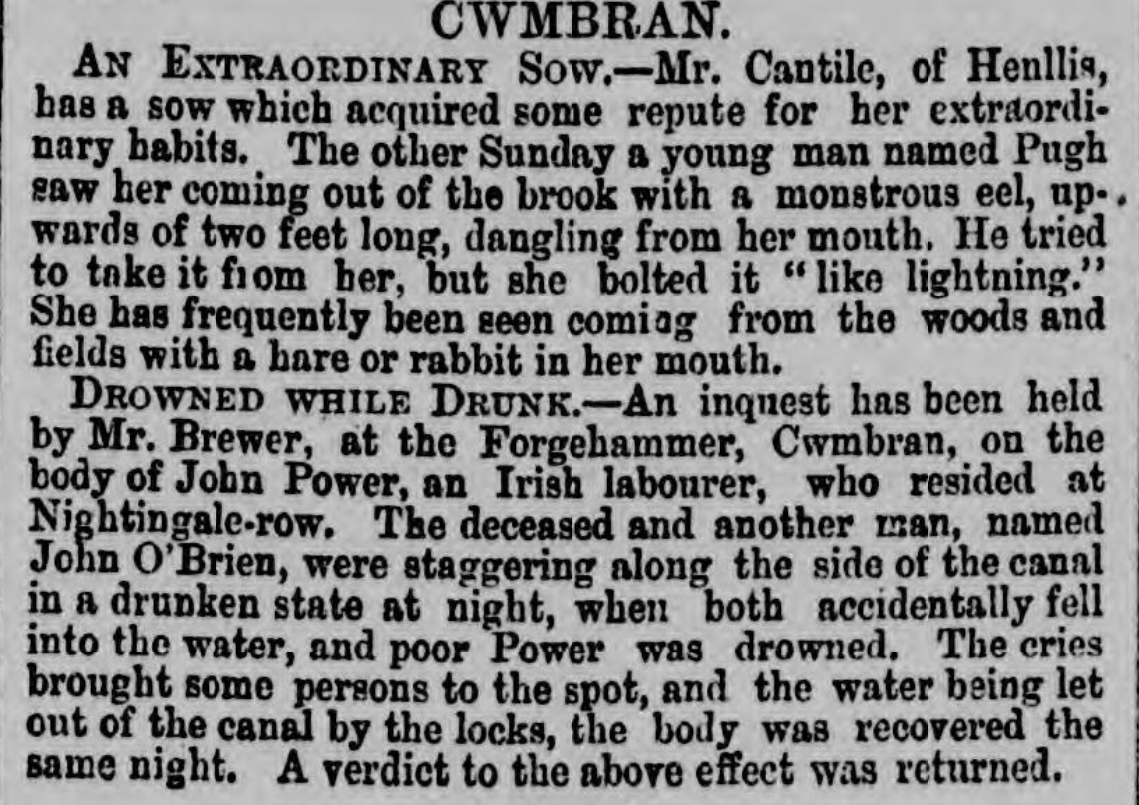 I couldn't find much else out about John Power in the records. According to the death register he had been born in 1840, so was 30 at the time of his death. He'd have been better off having an early night...