Not everyone who ended up in the canal lost their lives in it. While researching this series there were plenty of reports of 'near misses' to be found in the newspapers. So, to make the whole project slightly less morbid, every last Saturday of the month will be the case of someone who survived the Mon & Brec!

The Saturday 9th May 1885 edition of the Weekly Mail reported, repeating a piece from the Western Mail on May 6th, that an unnamed man had been rescued from the canal in Cwmbran on the night of Monday 4th May.

Having fallen in near the Forge Hammer Inn, the man cried for help and was saved by Police Constable Lawrence who used his belt to get the man out. Although we're not given the poor man's name, we can trace the most likely candidate for PC Lawrence - Osborne Lawrence (b. 1861) who is listed on the 1891 census as a police officer living in Trevethin with his wife. 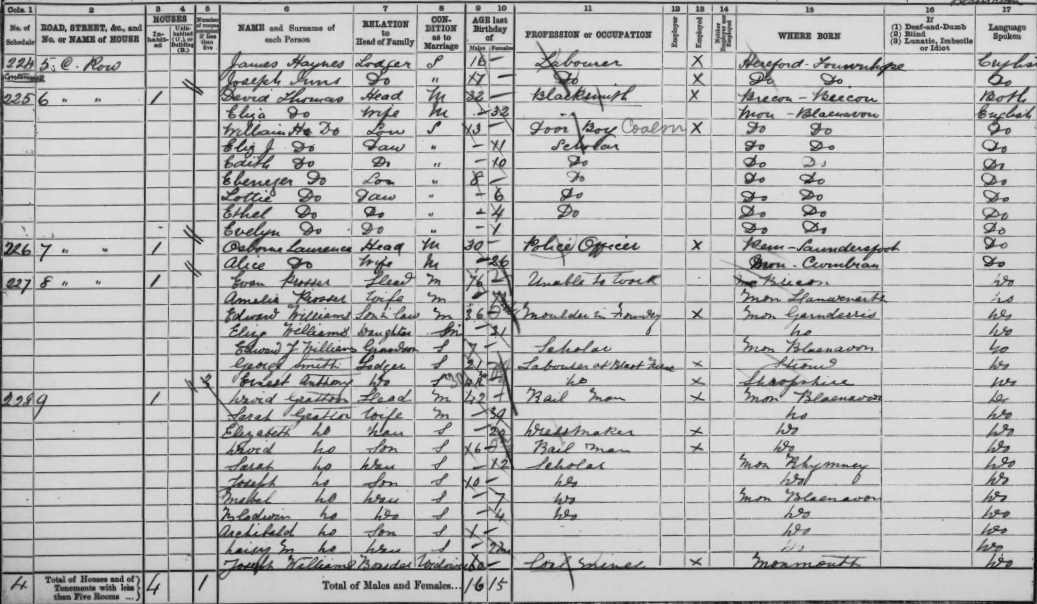 In September 1884 PC Lawrence found himself in the Western Mail under somewhat less heroic circumstances... For several nights he was put on night watch duty at the home of Mr. Place, the blast manager of the works, to get to the bottom of a supposed haunting. Doubtless expecting trouble makers of the living kind, PC Lawrence saw "the form of a man approach the window and peer through. With the valour of a policeman he first threw his staff at the object—and then fainted. On recovering he declared that directly he threw his staff the object vanished."

Read the full story of the 'Cwmbran Ghost' HERE.