This week's case begins with a short report in the South Wales Daily News of Saturday 20th December 1879. The body of Abraham Lewis was found in the canal, near the blast furnaces, at about 09:00 on Tuesday 18th November. Abraham was 33 and had been working as a roller at the Patent Nut and Bolt Company's forge. He had been missed since the evening of Monday 17th November and left behind a wife and several children.

The Pontypool Free Press and Herald of the Hills of the same day included more detail in their report. Abraham lived at 12 Forge Row with his wife and their four children. He had left work at about 19:00 on the Monday night but never arrived home. His wife and others went out searching for him during the night, but his body was only found at around 09:00 the next morning. 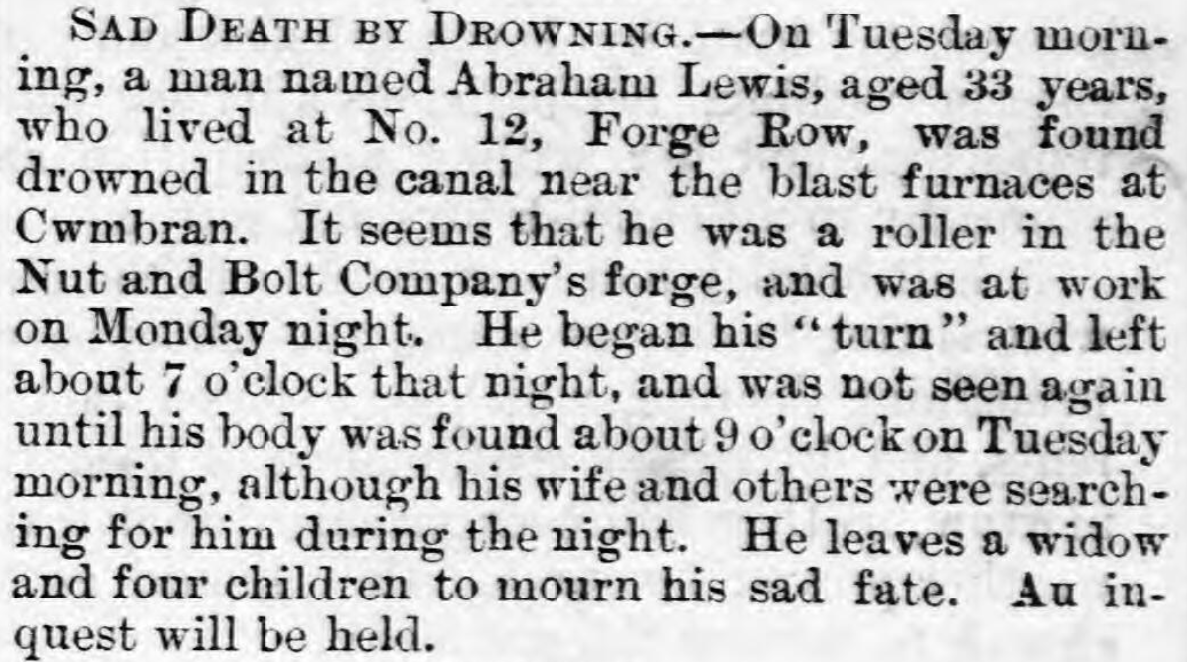 Records search found his entry in the burial register for Llantarnam, listing his burial date as Sunday 21st December. The ceremony was performed by Edward Prothero. 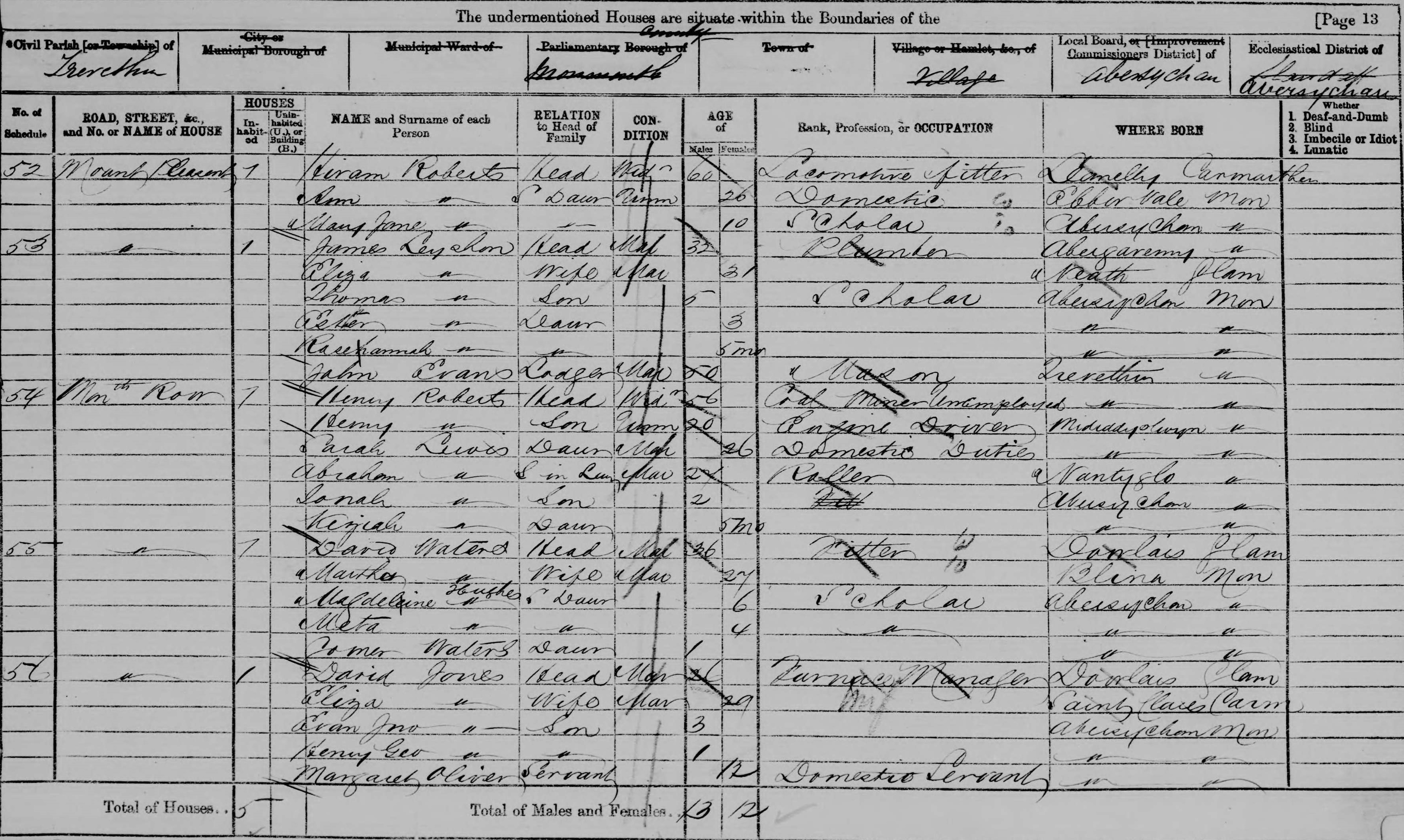 Keziah having an unusual name for the area made it easy to trace the family into the 1881 census. They were still living at Forge Row, with Sarah now listed as the widowed head of the household who worked at the Nut and Bolt factory. Jonah and Keziah were both still at school, along with their two younger siblings, Sarah (b. 1873) and William (b. 1875). They shared the house with four boarders aged between 12 and 19. 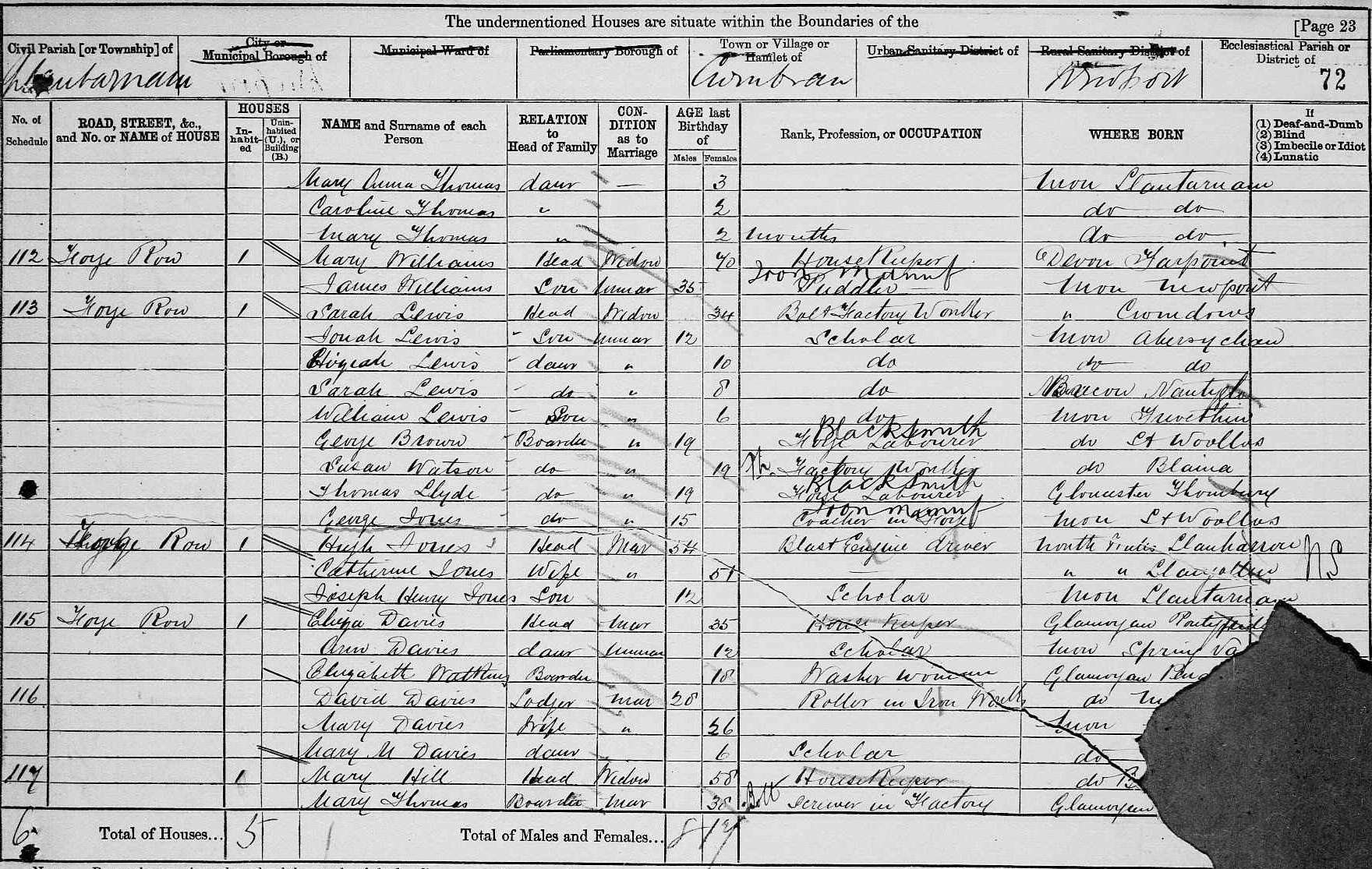 On the 1891 census the family, minus Keziah, were living at Star Row. Sarah was listed as a house keeper with Jonah as a 'Bolt factory man', Sarah the younger as a tin works washer, and William as a tin works boxer. They also had a boarder, 18 year old Frederick Smith, who worked as another tin works boxer.

By 1901 Sarah had moved to Abbey Road in Llantarnam. Keziah was living back at home, as was William who now worked as a general labourer. They shared the home with Sarah's grandson - and presumably Keziah's son? - John 'Jack' Aspland (b. 1893), and a 33 year old boarder named William. 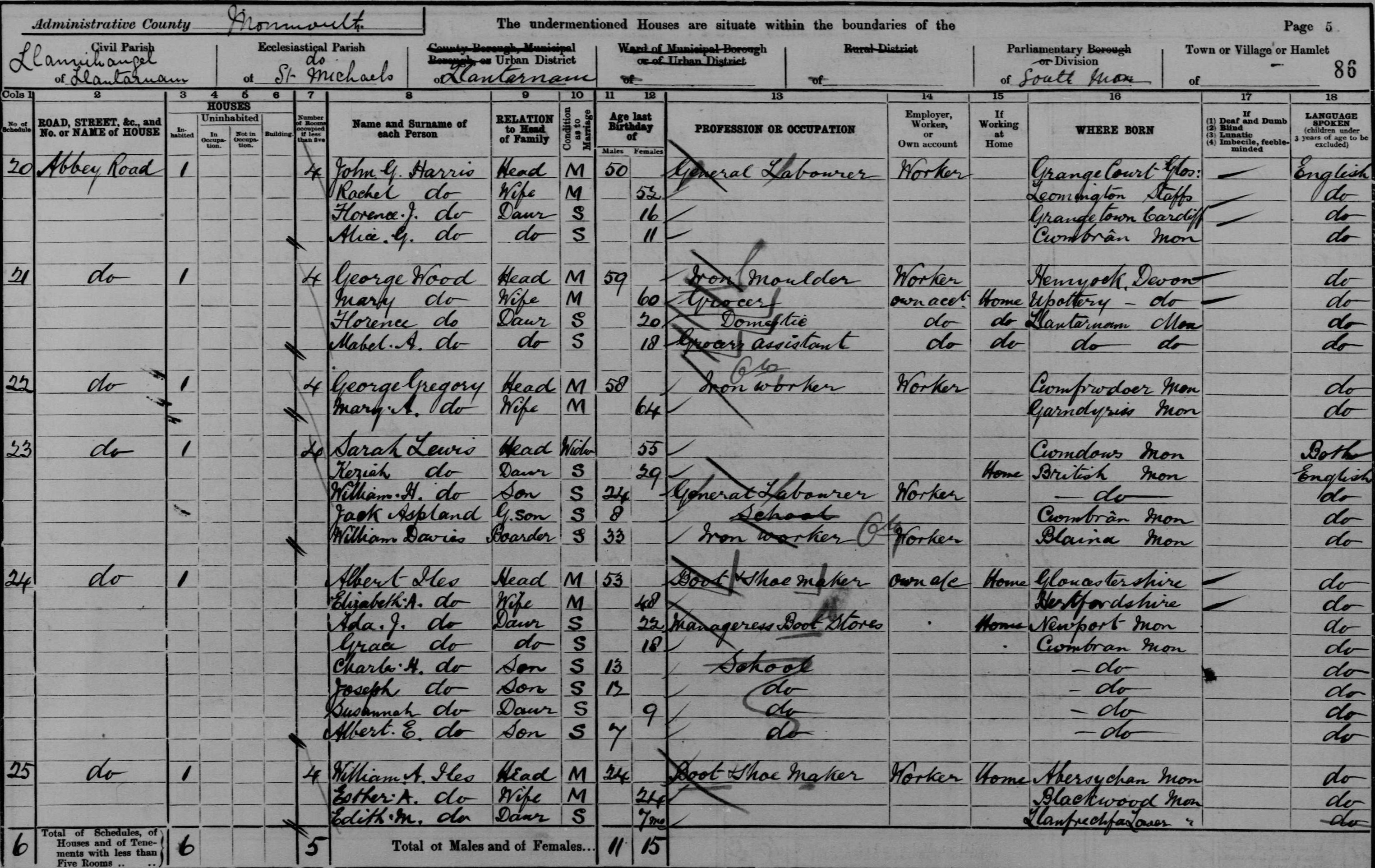 Ten years later nothing had changed, with the 1911 census finding them all still at 14 Abbey Road. Just about the only difference was that Jack had now finished school and was working as an assistant hewer below ground at the colliery. Keziah died in 1931 and was buried on May 30th by John Donne. Her last address was given as 14 Abbey Road.

If I'm following the right Aspland, Jack married Catherine Watkins in 1914 and eventually died in Cwmbran on April 1st 1961.