Not paranormal - one woman told another she knew where a ghost had hidden riches to affect a robbery - but it does suggest at the level of belief in the possibility of such things. 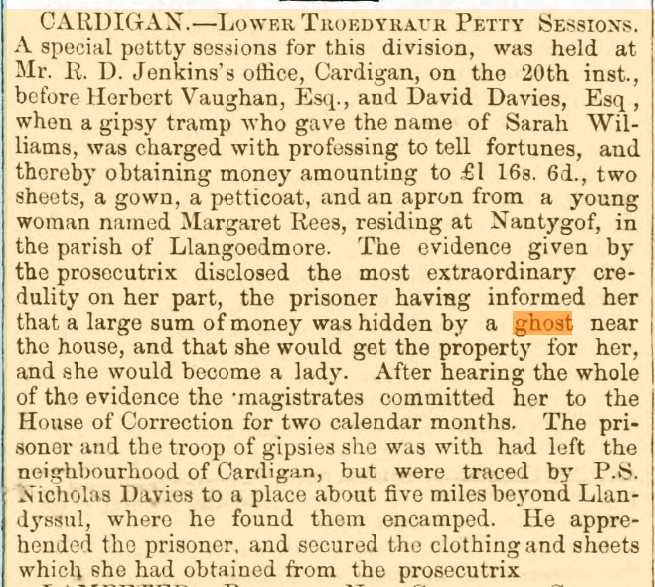 The residents of Dew Street were being haunted by strange groans and howls in the night. They didn't find the source, but one man did end up attacking the head of a slaughtered cow with a sword! 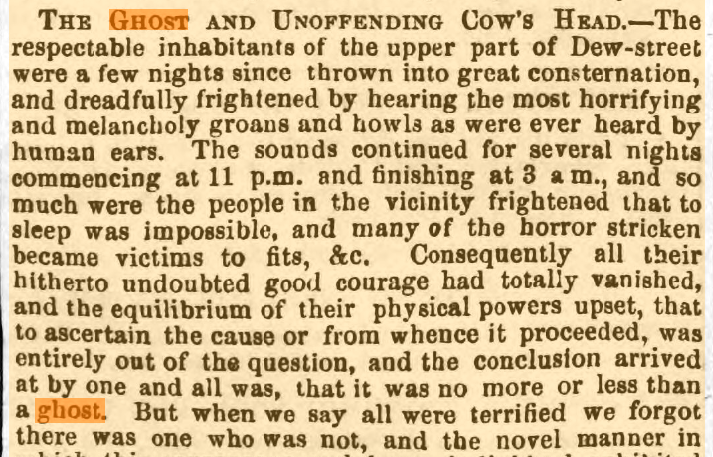 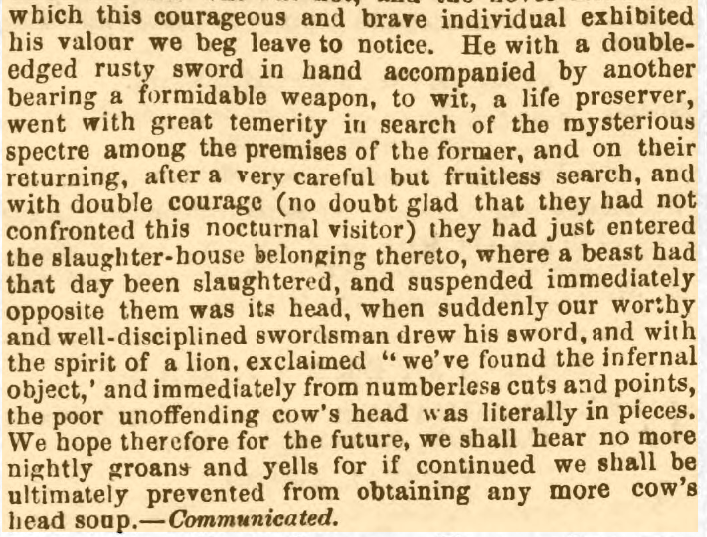 Two carters, David Evans and Evan Lewis, had been travelling from Brecon to New Quay in Ceredigion with wagon-loads of timber. On the return journey they rested their horses opposite a farm known as Maestwynog, watching reapers at work in a nearby wheat field.

David then looked towards a hill and saw what he at first took to be about 50 small wheat stacks. Noticing they were moving, he thought perhaps they were reapers. The figures were all dressed the same and walking quickly one after another up a winding footpath. David got Evan to look, just as the topmost figure reached a small level spot on the top of the hill.

The other figures followed and began to dance, forming a circle. "After dancing for a short time, one of the dancers turned in into the middle of the circle, followed by the others, one by one till they appeared like a gimblet screw. Then they disappeared into the ground." After a while one figure reappeared and "looked about him in every direction as a rat". The others followed, danced again, then disappeared just as before.

David and Evan kept watching for some time but there was no reappearance. When they moved on they met an old man in the road who they asked about the strange dancing men they had seen on the hill. The old man said he had no idea, but that his own grandfather used to tell him that the Twyleth Teg danced in the area when he was a boy.

The account was given by the witnesses to Jonathan Ceredig Davies, who heard about their encounter through folklorist T. Compton Davies, and published in his 1911 Folk-Lore of West and Mid-Wales: 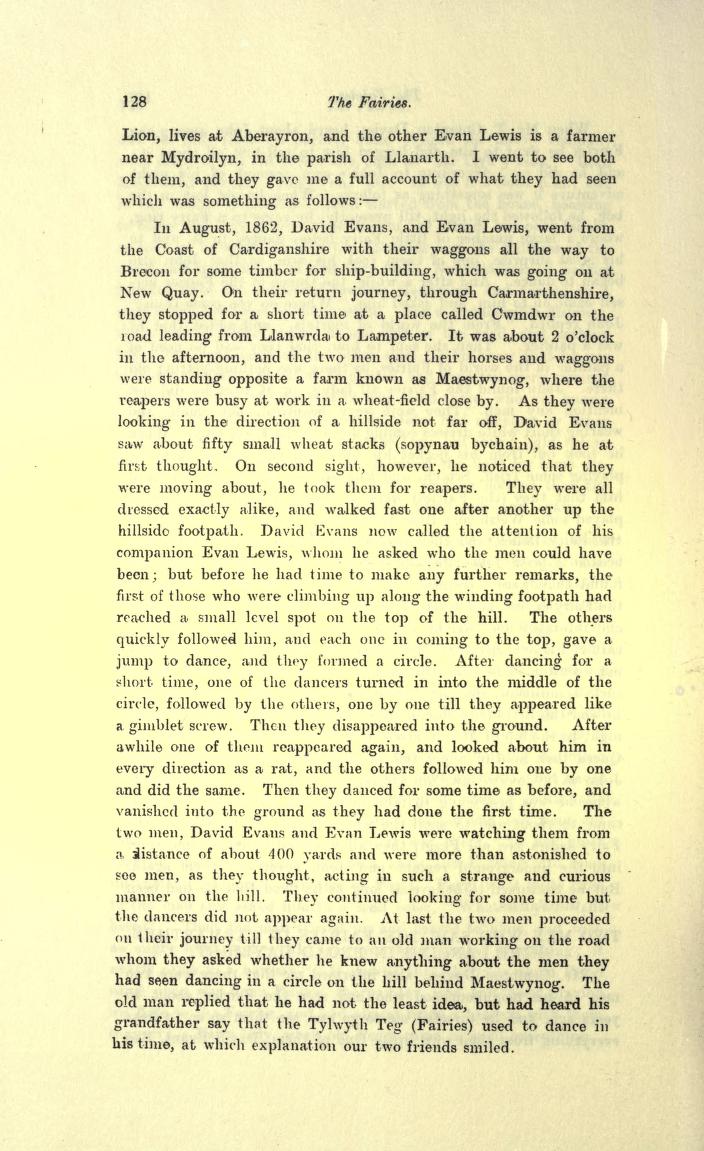 A boy in Beaumaris seemed haunted by poltergeist activity and attracted much attention. It was eventually determined he was faking it under the tutilage of his mother to get rid of fellow lodgers... 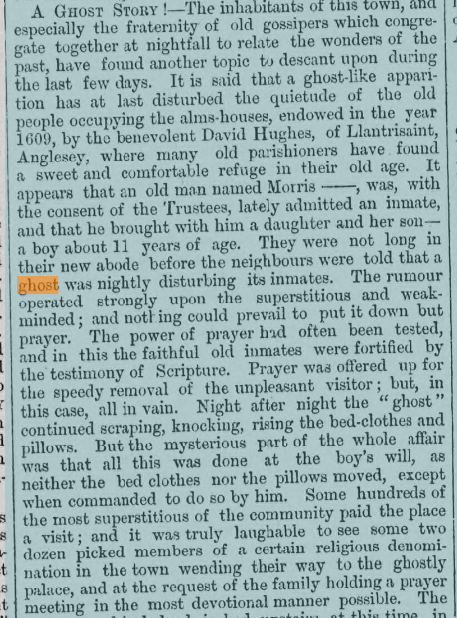 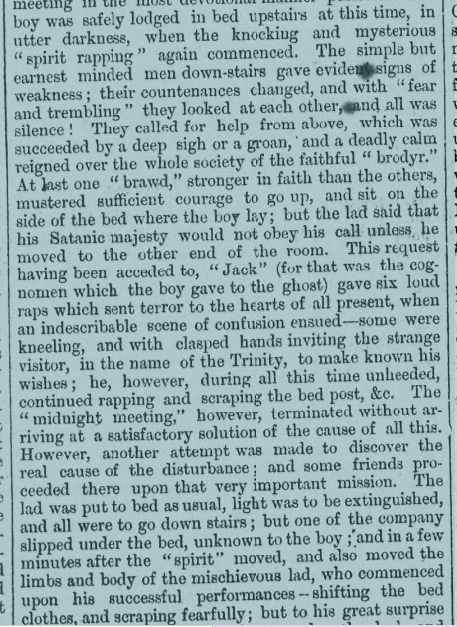 At Aberdare Police Court, before J. C. Fowler and J. L. Roberts, on Tuesday 16th December there was more incidental mention of ghosts on the stand. The Aberdare Times (20/12/1862) laid out the whole convoluted testimony... 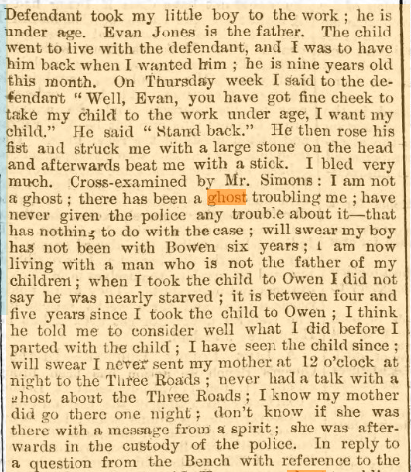 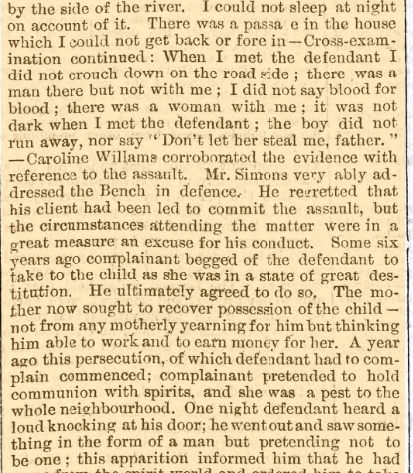 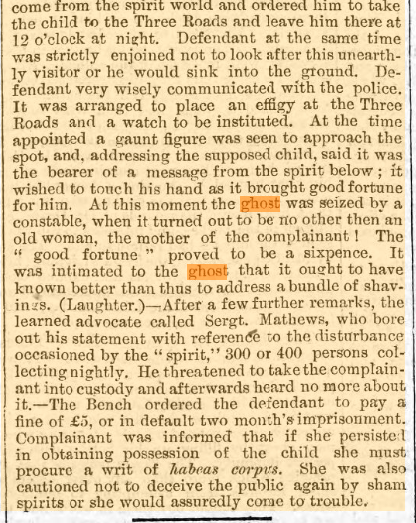 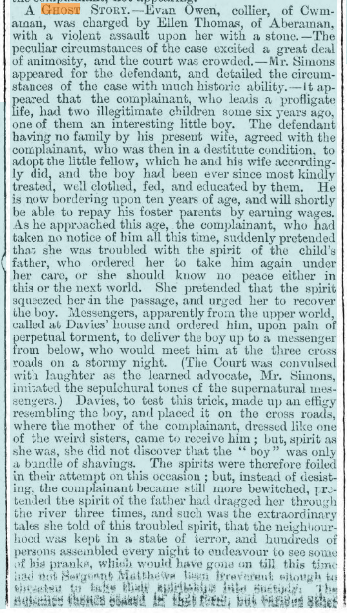 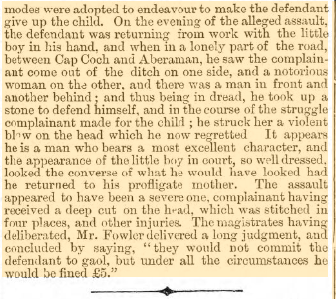