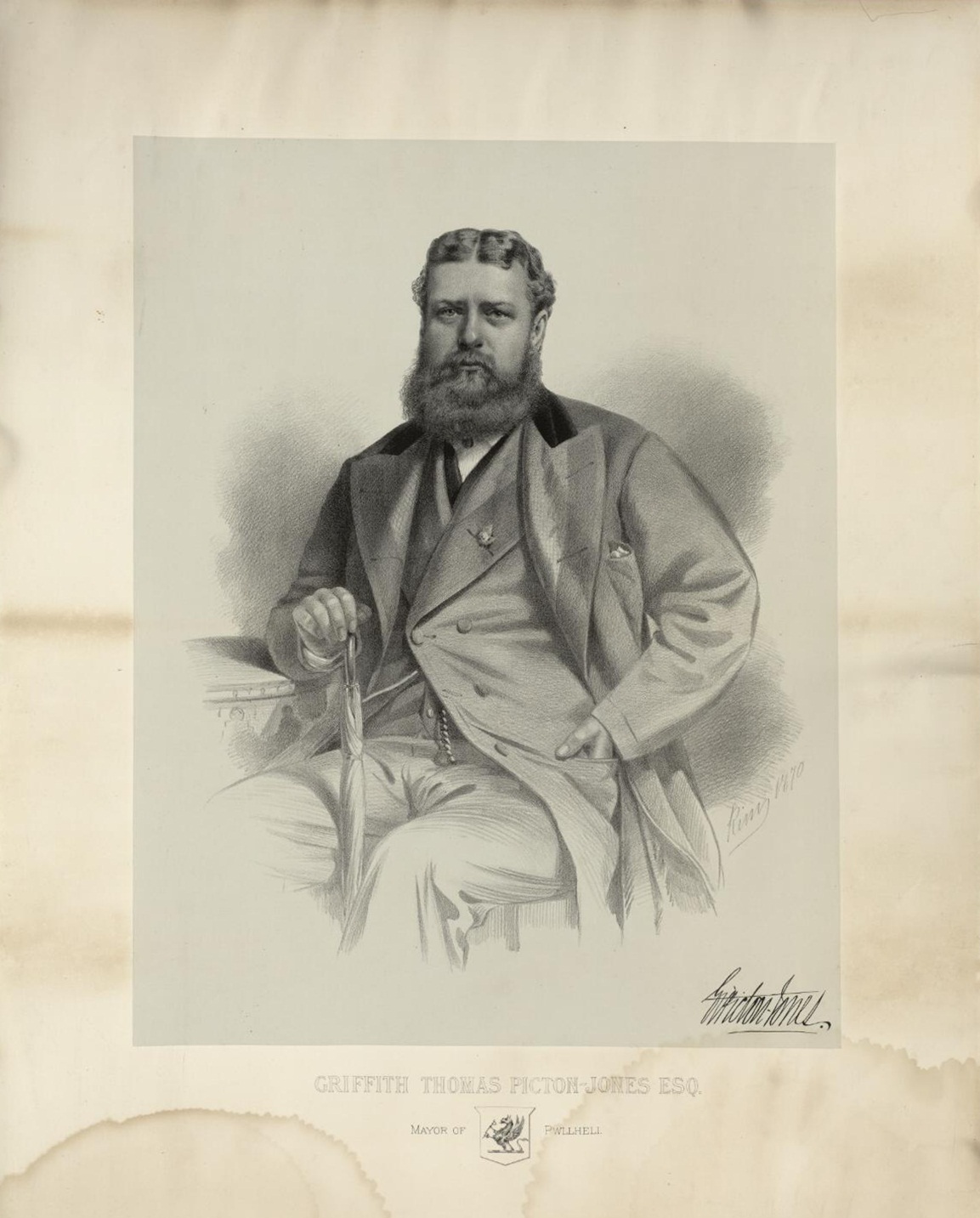 Griffith Thomas Picton-Jones, a solicitor and five time Mayor of Pwllheli, wrote in Field magazine of strange lights he had recently observed:

"We witnessed here what we have never seen before certain lights, eight in number, extending over a distance of 8 miles. All seemed to keep their own ground, although moving in a horizontal, perpendicular and zig-zag directions. Sometimes they were of a light blue colour, then like the bright light of a carriage lamp, then almost like an electric light, and going out altogether, in a few minutes (they) would appear again dimly, and come up as before." 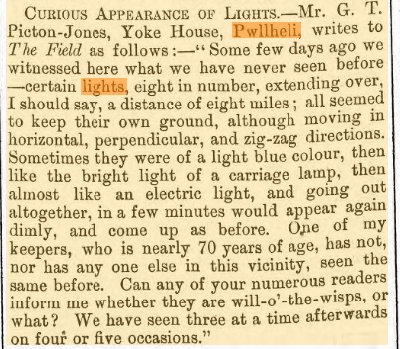 
Picton-Jones wrote a letter to the Cambrian News detailing his second sighting on Sunday 27th February 1875.

Yoke House, Pwllheli, 2nd March, 1875. —
The curious lights appeared again on Sunday night. We saw twelve at the same time; two were very bright, the one of a red, the other of a blue colour. They were inland, the same as before, but from what we could observe they did not confine themselves to marshy ground, although at first they seemed to rise from the ground where we knew there were swamps.

It was a very dark and foggy night, and my brother, my son Percy, my keeper and I went out about a mile to see if we could get near them. When we had gone about half a mile we observed four or five behind us. We went to the farm adjoining, and called their attention to them. Mrs. Picton-Jones and two servants watched them for an hour and a half, and had, from their description, a better view than we had, as we were occasionally in hollows.

On our way home from Bryntani farm we saw a bright light at Yoke House, which we all thought was a lamp put out to direct us home, the night being so dark and our course across country. The other servants by this time, having come home from church and chapel, were watching the curious antics of the lights.

I should mention that we had a lamp with us, but it was darkened, except when we came to banks or ditches. Those at Yoke House saw the same light, and thought it was our lamp, but were all mistaken, as, when we got within about 200 yards of our pond, the light turned into a deep blue colour and disappeared. In front of the other pool there are some sheds, and one light that had appeared before we started seemed to go in and out, round the corner, on to the cart horse stable, round its gable end, then on to the barn, exactly the same as if it were a human being, with the exception of rising to such a height that even 'Tall Agrippa' could not come up to it.

Their movements and the distance which they spread were the same as described before. Our house is about three-quarters of a mile from the Cardigan Bay, and the promontory is about seven miles as the crow flies. Last night they did not appear, but we saw several flashes of lightning.
— I am, sir, your obedient servant, G. T. Picton-Jones.
The Cambrian News of 12th March published a short follow up:

All the coverage encouraged a flurry of letters from readers who had also seen strange lights, though usually years previously.

The North Wales Register (05/06/1875) reported on a series of alleged ghost sightings in Bagillt - it had been seen by day and night, and had allegedly broken a heavy wooden door. Interestingly, the daytime sightings were supposedly in the form of a gorilla. 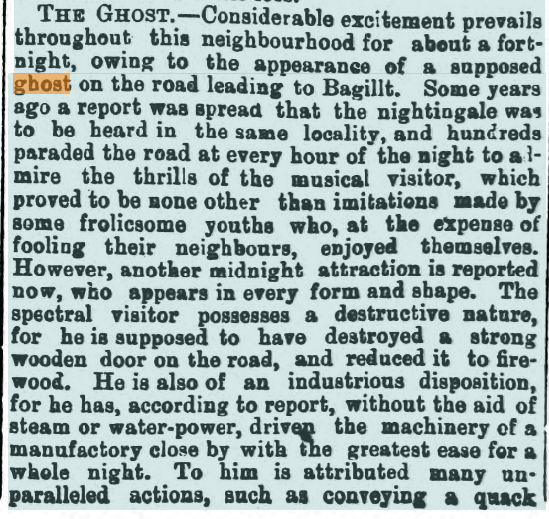 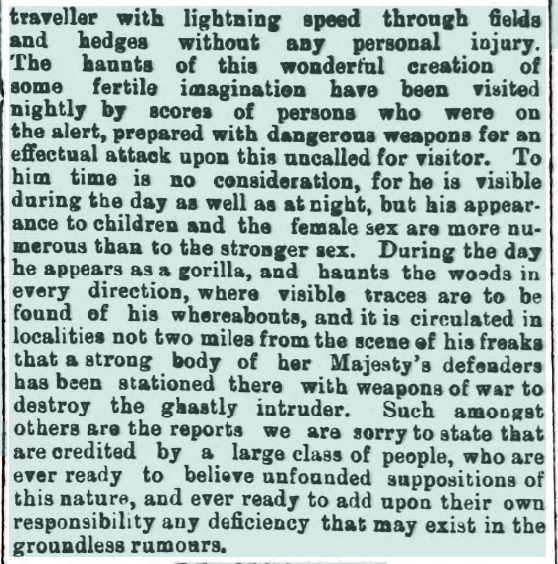 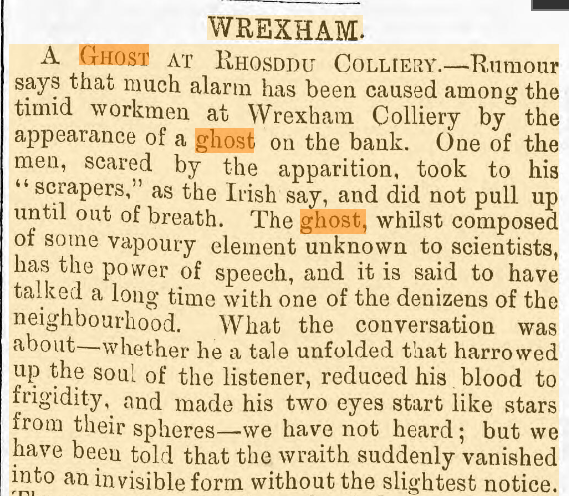 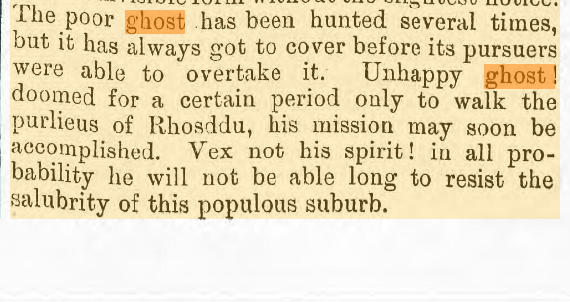 The Cambrian News (12/11/1875) reported - none too seriously - on an alleged ghost that wore a three cornered hat, barked like a dog, and jumped on peoples' backs. 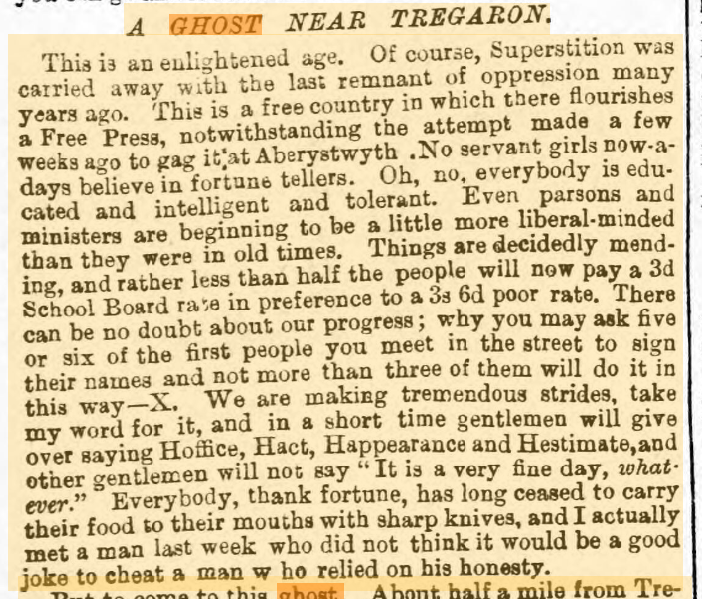 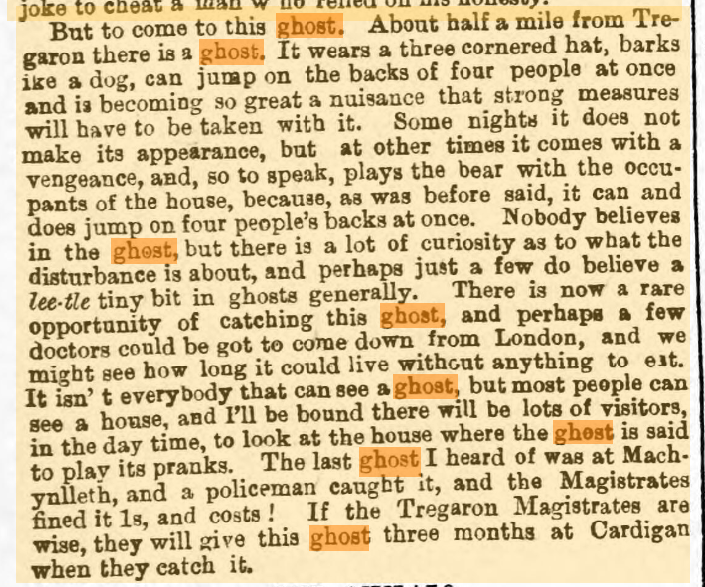