This week the outline of the story is brought to us by the 7th December 1869 edition of the Western Mail. On the morning of Sunday 5th December the body of Mrs Gould, the wife of a mechanic living on Nightingale-row, was found in the canal. It was determined that she must have fallen in and 'perished miserably' on her way home across the lock the night before.

The same details were carried in the Monmouthshire Merlin of Saturday 11th December 1869:

A quick serch brought up Mrs Gould's entry in the death register, revealing that her first name was Sarah. The burial register confirmed this was the right Mrs Gould - she was 60 years old at the time of her death, and was buried on Wednesday December 8th by the curate, J. Rees Jenkins.

From there I found Sarah on the 1861 census. She was living in Spring Vale with her husband Abram, a forge carpenter, who like her had originally hailed from Bridgwater in Somerset. Or, then again, maybe not. On the 1851 census they were listed as living at 9 Forge Row in Llantarnam with various lodgers, and Sarah's birthplace was given as Watchet in Devon. 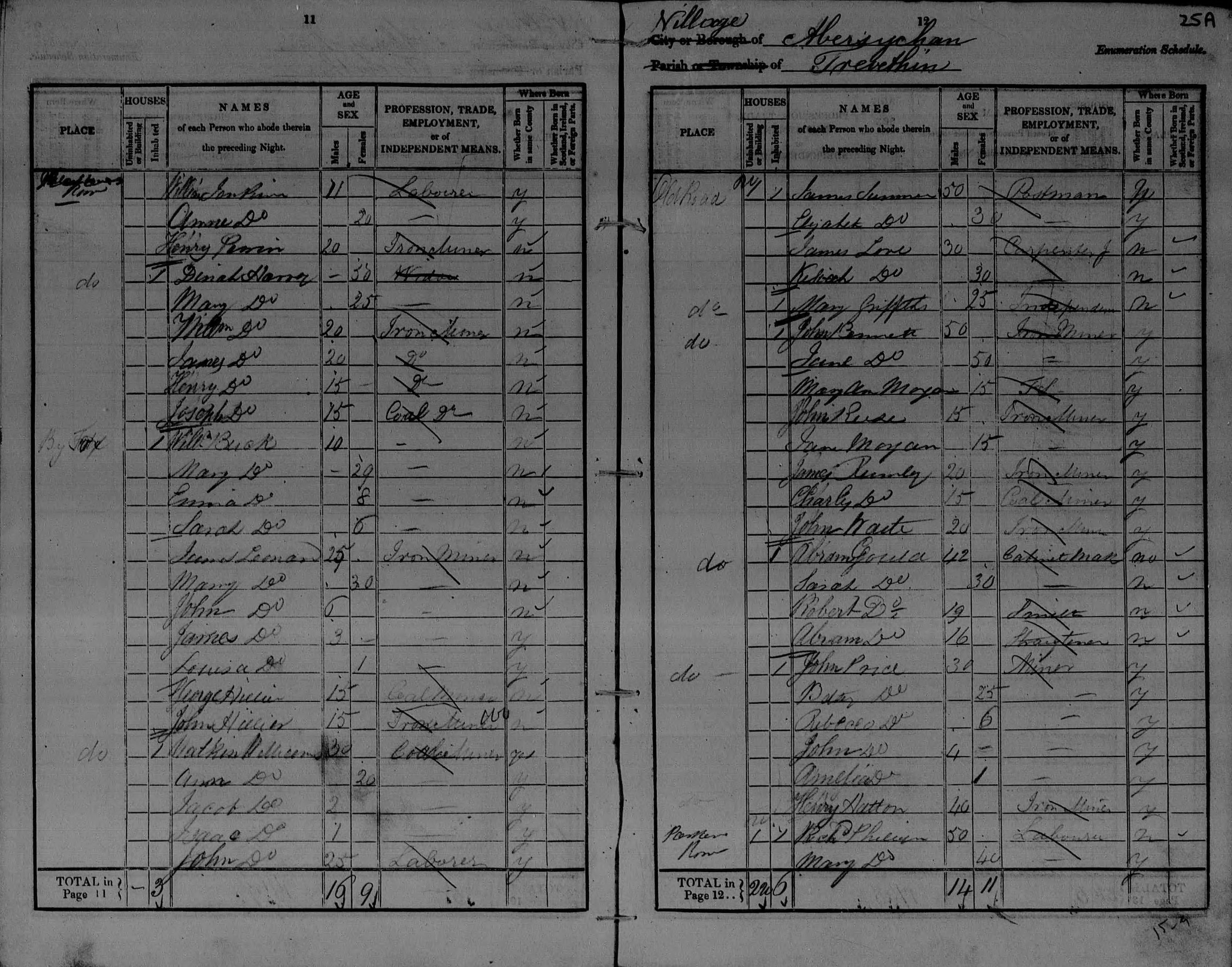 Not that it was all happy families, at least not all the time. The Illustrated Usk Observer and Raglan Herald of 15th March 1856 reported that Abram had been charged with assaulting Sarah on the 2nd March, though the case was eventually discharged at the Caerleon petty sessions.

After Sarah's death her husband stayed in the area. On the 1871 census Abram is listed as a lodger living with John and Anna Moses on Nightingale Row. Their son Robert married a woman named Emma and had at least two children, Samuel (b. 1846) and Sarah Jane (b. 1851). On the 1851 census he was an iron puddler living with his family at 15 Forge Row. By the 1861 census Emma had remarried to Alfred Yerbury, also an iron puddler, and the extended family were living at 7 Fireman's Row in Trevethin.

Sarah's younger son, Abram, also appears to have become an iron puddler. The 1851 census lists him as living at 3 Cwmbran Forge with his wife, Elizabeth.