The Monmouthshire Merlin of Saturday 6th December 1845 reported that an elderly man named Williams had been found drowned near the Pontnewydd Forge the previous week.

The best fit I've come across so far is Richard Williams who is listed as having been buried in Llanfrechfa on 19th November 1845, aged 89. He's local, elderly, and just about inkeeping with the timeline described in the newspaper.

If we have the right guy, this seems to be him on the 1841 census living at Royal Oak in Lower Llanfrechfa, described as an agricultural labourer. I don't know if he was related to the Travers' or simply lodging with them... 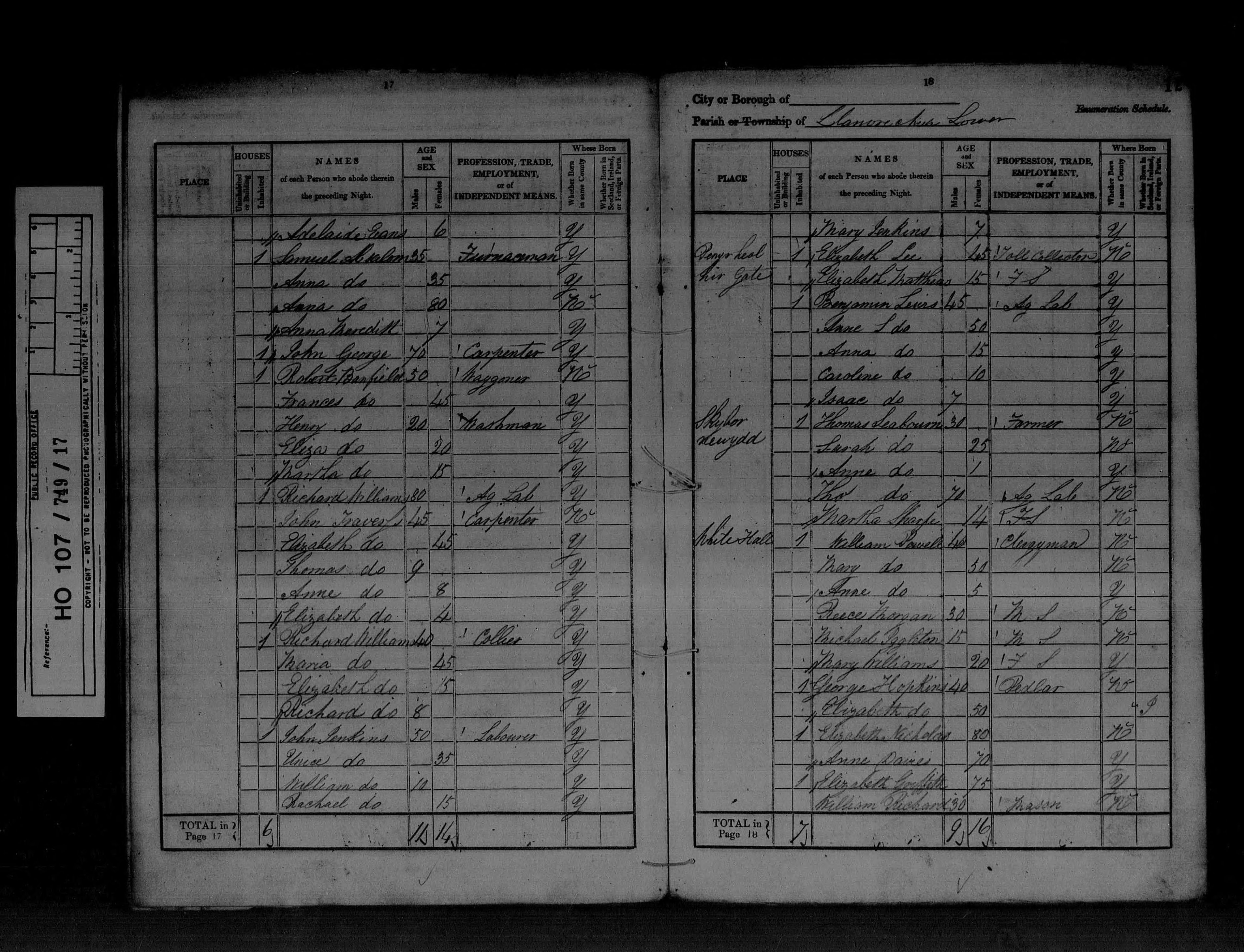