In early 1871 a rumour spread around Cwmbran that Windham Rowlands had been found drowned in the canal on Sunday 26th February. The Western Mail of the following day reported that this came as a rather nasty shock to his family...

The body was actually that of Thomas Martin, a master mason at the iron works. According to the Pontypool Messenger of March 4th the working theory was that he had fallen into the canal while walking home the previous Saturday night.

Thomas Martin's inquest was held at the Oakfield Inn on Monday 27th February, presided over by Mr W. H. Brewer. There was no evidence to prove how Martin ended up in the water, and the jury duly returned a verdict of 'found drowned in the canal.' 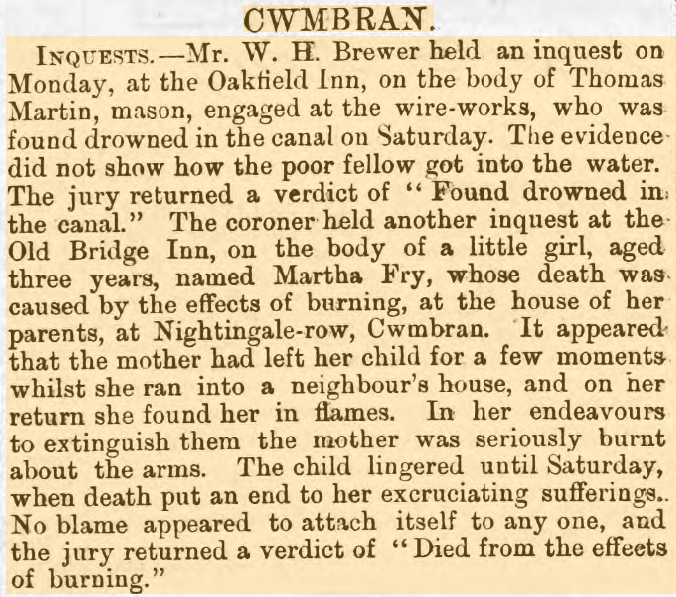 His burial record revealed that he had been 42 at the time of his death. He was buried just after the inquest, on Monday 27th February, by G. B. Jones. There are a few potential matches in the other records so, without any further details, I have been unsuccessful in discovering more about Thomas.