The Pontypool Messenger of November 10th 1906 reported that three and a half year old Enerst Charles Jones had lost his life in the canal. 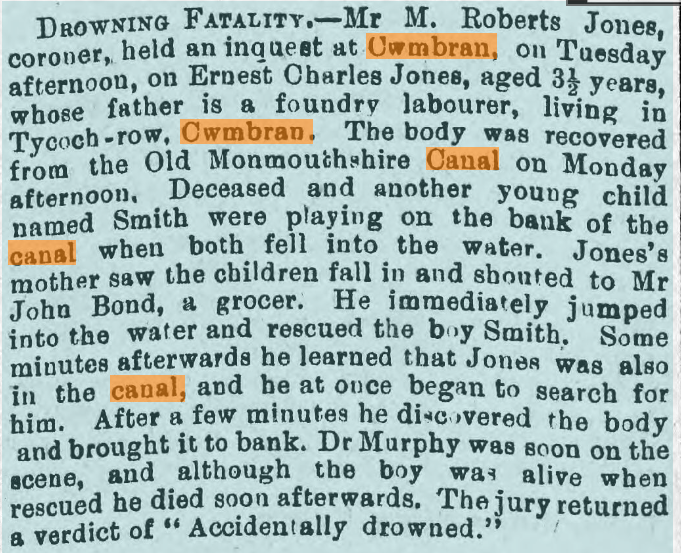 Ernest Charles was born in 1903 to Robert Jones and his wife. This is possibly a record of Ernest completing a few months at St Dials Infant School, which would make his birth date 23rd June 1903. This Ernest was admitted to the school on 30/05/1906 and stayed until 13/08/1906 when he, along with a group of other children, were taken off the roll on account of their being too young for school.

Either way, by November 1906 the Jones' were living at 2 Tycoch Row in Cwmbran. On Monday 5th November Ernest was playing on the canal bank with another child named Smith - Ernest's mother watched helplessly as they both fell into the water. Her screams alerted John Bond, a grocer, who immediately jumped into the water and dragged Smith out. It was only then that he realised there was another boy in the canal. He went back in and brought Ernest to the bank but, though Dr Murphy was sent for, Ernest died a few minutes later.

The inquest was held on the afternoon of Tuesday 6th November, presided over by the coroner Mr M. Roberts-Jones. The jury returned a verdict of 'accidental drowning'. 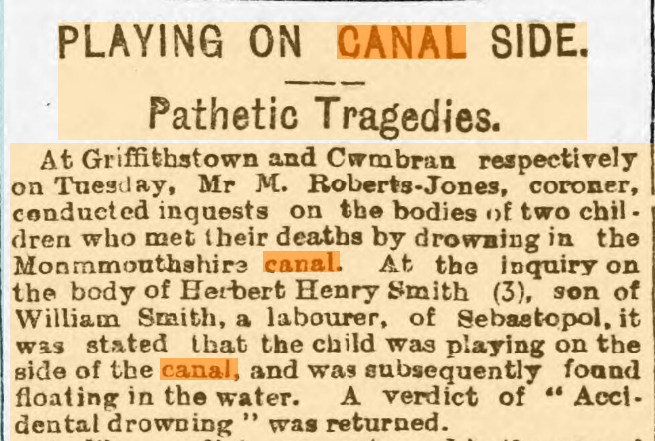 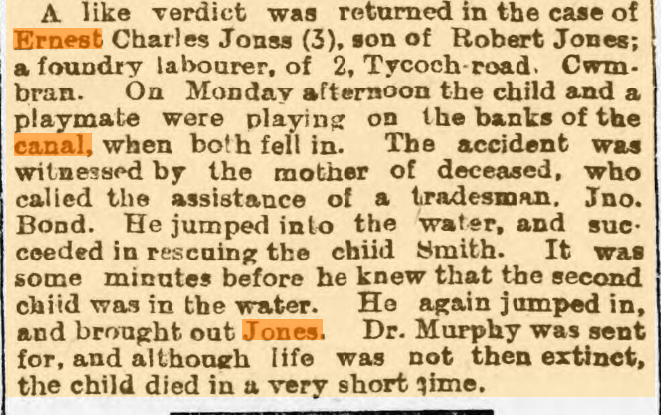 The sheer number of Jones in the area have so far hampered my attempts to track the family any further...