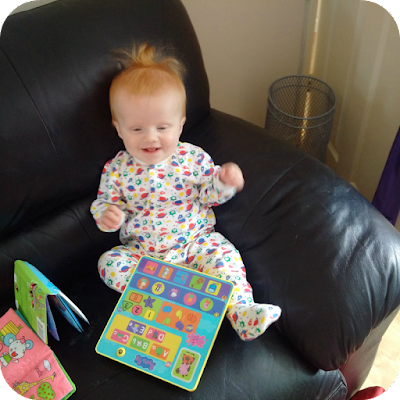 Back in January I won two KD Toy tablets from The Reading Residence blog: the Palace Pets Magic Screen Tablet and the Peppa Pig First Discovery Tablet, both recommended for ages 2 and up. Now, it's no secret that Peppa Pig and I are far from bosom buddies, but the First Discovery tablet was so impressive I decided to overlook the fact. 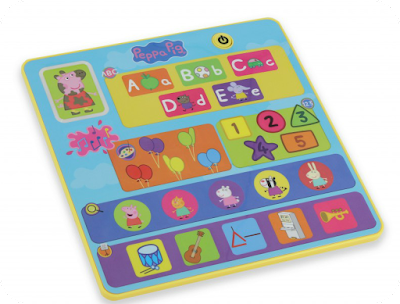 Although only 7 and half months, Marianna still loves anything that makes noise. I liked the idea of that noise being something useful, like colours, numbers and sounds. The touch sensitive buttons are a bit hit and miss as she can't really 'press' them as such yet, but slapping the tablet a few times will invariably make something happen. 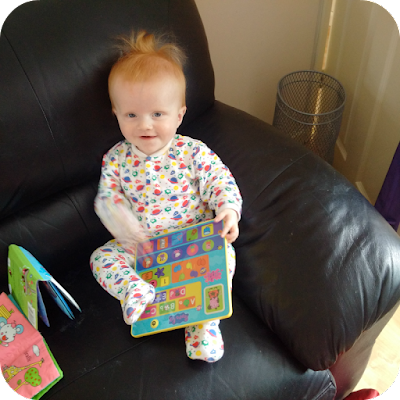 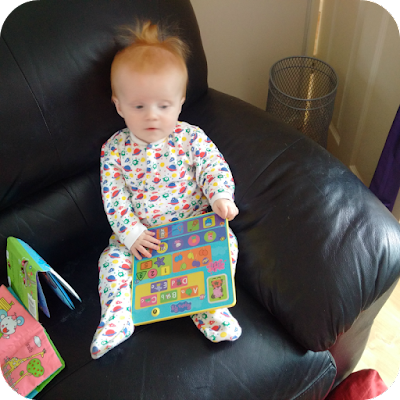 As she gets older the tablet will remain relevant through its quiz function. It will ask you to find something, and you then need to press the right button. The other thing I like about this tablet is that, if the child loses interest, it will prompt a few times - 'press a key' - and then, realising it's been forsaken, will turn itself off. Saving its own battery life. If only all kids' toys would do the same!