December 01, 2015
25 Days of Christmas Movies, that's one to see you through every day from now until Christmas...

#3. Christmas Film That Never Gets Old

A Mom For Christmas (1990). A little girl wishes for a mum, and a store mannequin comes to life - cue lots of cute and zany antics. 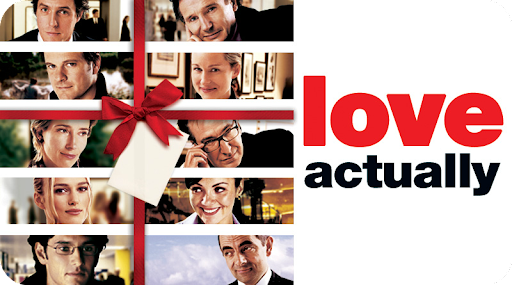 All I Want For Christmas (1991). Cute kids almost destroying and then saving Christmas. What more could you want?

Steptoe and Son - 'A Perfect Christmas' (1974). One of the best episodes; you can watch it on YouTube.

Santa Claus Conquers the Martians (1964). This cult classic is guaranteed to leave you bemused.

The Nightmare Before Christmas (1993). Something a little bit different!

#10. Christmas Film Based on a Book

The Greatest Store in the World (1999). Based on the book by Alex Shearer, this is a really fun film with lots of familiar faces, including the current Dr Who!

A Christmas Carol (1984). This isn't an actual horror film. It is, in fact, my mum's favourite Christmas movie. It's just that it also happens to be bloody terrifying! This film's version of Jacob Marley's ghost, along with the ghost of Christmas Future, have haunted me since I was about eight years old.

Miracle at Christmas: Ebbie's Story (1995). This Christmas Carol variation is a mid 1990s made for TV movie placing Ebbie, the Scrooge character, as a cold department store owner. But she didn't start out that way...

Arthur Christmas (2011). This Aardman film is just so perfectly charming and heartwarming. And funny too, naturally.


#18. Christmas Film That Deserves a Remake
A Trap For Santa (1909). In this early Christmas film the children know that Santa will have to come through their living room window, so they set a trap for him - and end up catching their own absentee father. I could easily see that as a modern Christmas film plot.

Get Santa (2014). We went to see this when I was about a week overdue with Marianna - I was kind of hoping the loud speakers might get things moving. They didn't, but I did enjoy the film.

Holiday In Handcuffs (2007). Melissa Joan Hart loses it a bit and kidnaps a stranger to be her date for a family Christmas. It's bad... and yet it's still kind of good.

A Diva's Christmas Carol (2000). This is a great take on the classic tale.

I Saw Mommy Kissing Santa Claus (2001). This is a dreadful film, and doesn't even have a nice message - the kid is a git the whole way through.