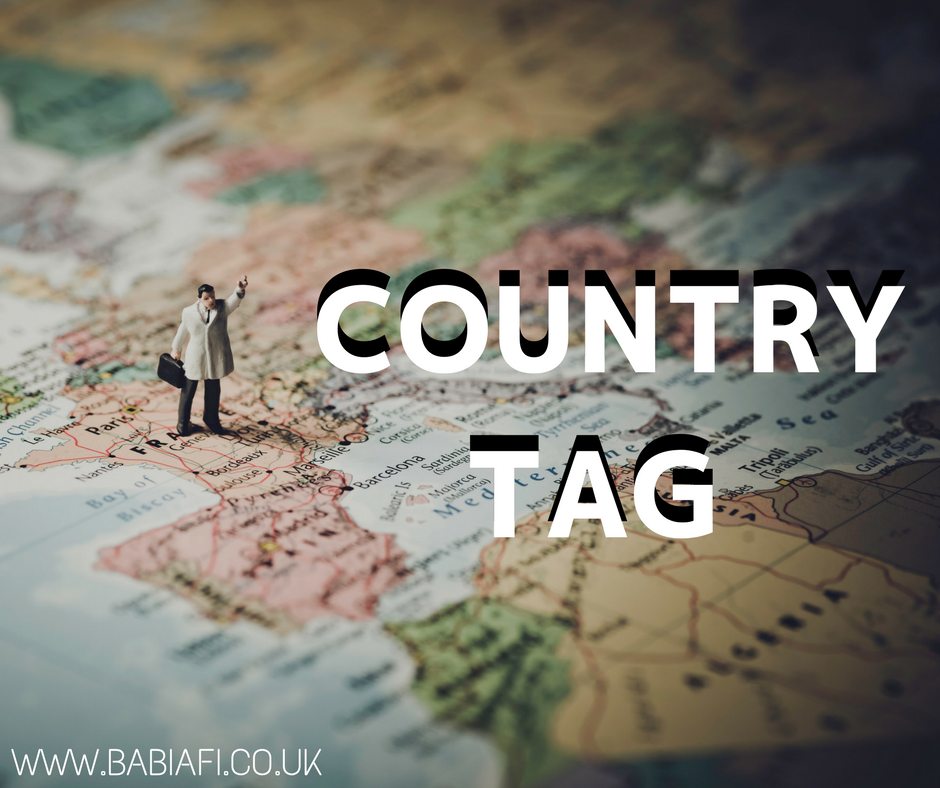 Tag challenge I found on Tumblr: Let's celebrate all our countries and nationalities - with all their quirks and vices and ridiculousness, and all that might seem strange to outsiders.


#01. Favourite Place In Your Country?


#02. Do you prefer spending your holidays in your country or would you rather travel abroad?

If I had the money I'd prefer to travel abroad. As I don't, I'm glad there is plenty to see and do in Wales.

Yep, the UK is good for that!


#04. Favourite dish specific for your country?


#05. Favourite Song In Your Native Language?

Cowbois Rhos Botwnnog are one of my fave Welsh bands -

#06. Most hated song in your native language?

Calon Lân. It's not that I hate it, it's just that I'm sick of hearing it!


#07. Three words from your native language that you like the most?

Cwtch. It’s kind of hug, cuddle and snuggle rolled into one, like: ‘don’t be sad, come over here and give me a cwtch’ or ‘they looked so cute all cwtched up together.’

Tamping. Angry, like: ‘He was so ignorant (lacking in manners) to my Mam, I was absolutely tamping!’


#08. Do you get confused with other nationalities? If so, which ones and by whom?

People from outside the UK often use 'English' as interchangeable with 'British'. It's not, and is almost guaranteed to piss someone off into the bargain!


#09. Which of your neighbouring countries would you like to visit most/know best?


#10. Most enjoyable swear word in your native language?

I dunno. Definitely not Dylan Thomas though!


#12. What do you think about English translations of your favourite native prose/poem?


#13. Does your country (or family) have any specific superstitions or traditions that might seem strange to outsiders?

I don’t think so.

Yes! I like S4C (Sianel Pedwar Cymru - Channel Four Wales) and BBC Wales output like Stella, High Hopes, Young Dracula, and Hinterland. We don't have much big budget stuff, but I enjoy it anyway.


#15. A saying, joke, or hermetic meme that only people from your country will get?

I’ll do it now in a minute.

(What you say when you’re going to do something soon but not the next instant, as in: 'Oh my God stop nagging me, I said I’ll do it now in a minute!’ It’s kind of a UK national joke that Welsh people can’t see how nonsensical the statement is.)


#16. Which stereotype about your country you hate the most and which one you somewhat agree with?

The sheep shagger thing was never funny... The one I agree with is that people will just talk to anyone. It's hard work not to talk to strangers in Wales.

Yes! I think it’s hard not to be in Wales with so many castles all over the place and the national ability to hold a grudge for centuries.


#18. Do you speak with a dialect of your native language?

Wenglish. It's the type of English spoken in South Wales.


#19. Do you like your country’s flag and/or emblem? What about the National Anthem? 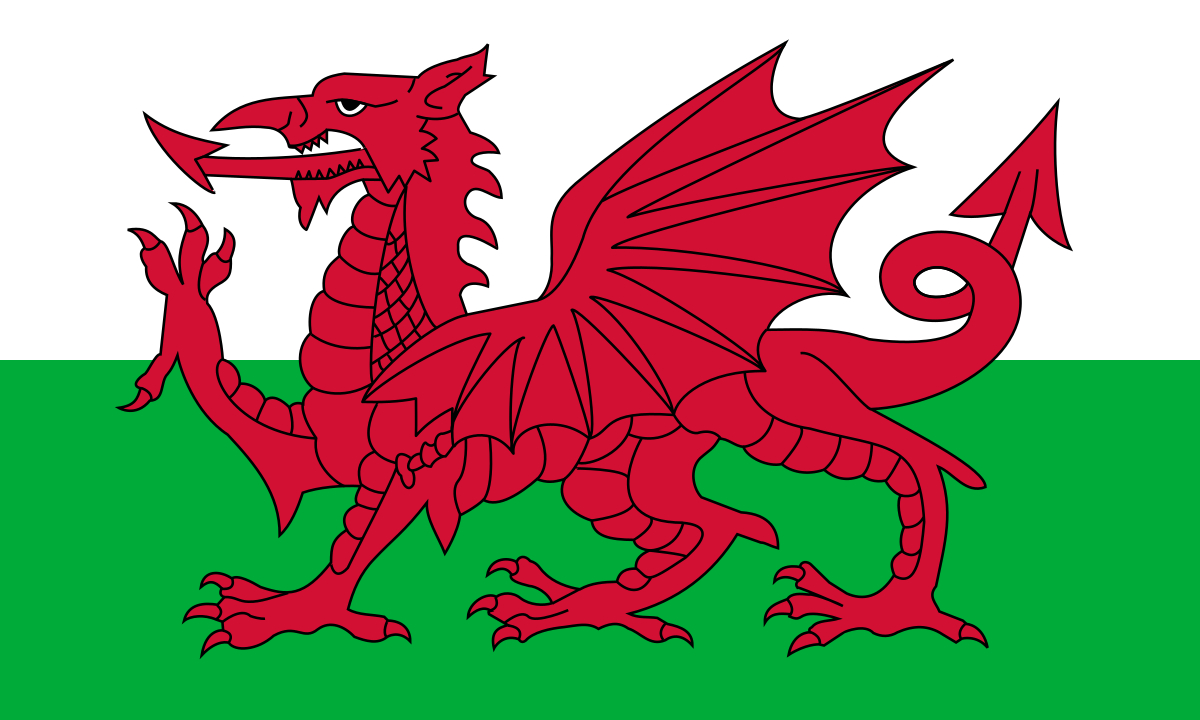 #20. Which sport is THE sport in your country?


#21. If you could send two things from your country into space, what would they be?

Arriva Trains Wales (there would be no noticeable impact on service) and the nasal mutation.

I'm proud of how we can punch above our weight on the international stage in so many area, but I'm ashamed of the xenophobia and bigotry which exists across the nation.


#23. Which alcoholic beverage is the favoured one in your country?


#24. What other nation is joked about most often in your country?

In Wales it's the English. For the UK as a whole it's the French.


#25. Would you like to come from another place, be born in another country?


#26. Does your nationality get portrayed in Hollywood/American media? What do you think about the portrayal? 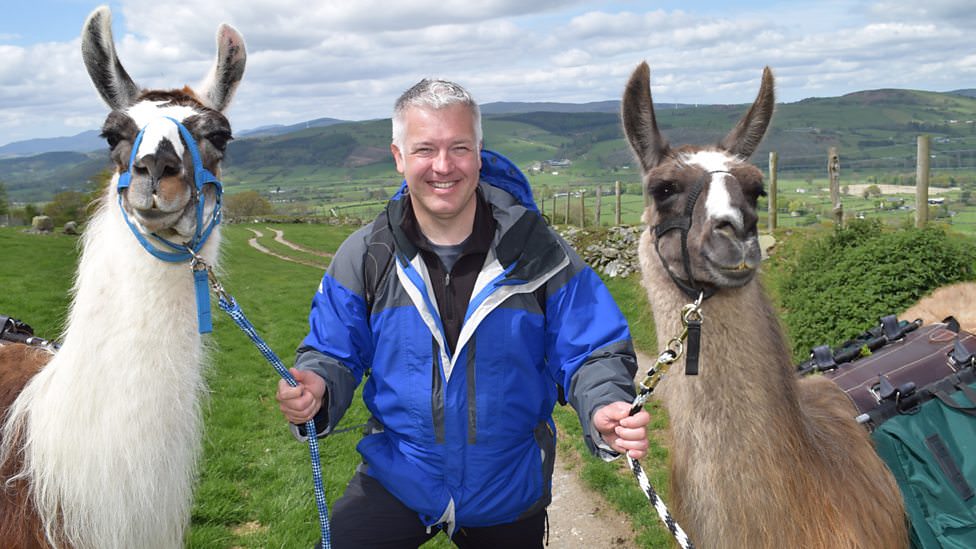 #28. Does your country have a lot of lakes, mountains, rivers? Do you have favourites?

Yes, it's what it's famous for!


#29. Does your region/city have a beef with another place in your country?

Us against Them is how the Welsh roll. You only unite with your neighbours against some place you dislike more.


#30. Do you have people of different nationalities in your family?

It's mostly Welsh and Irish, to be honest. 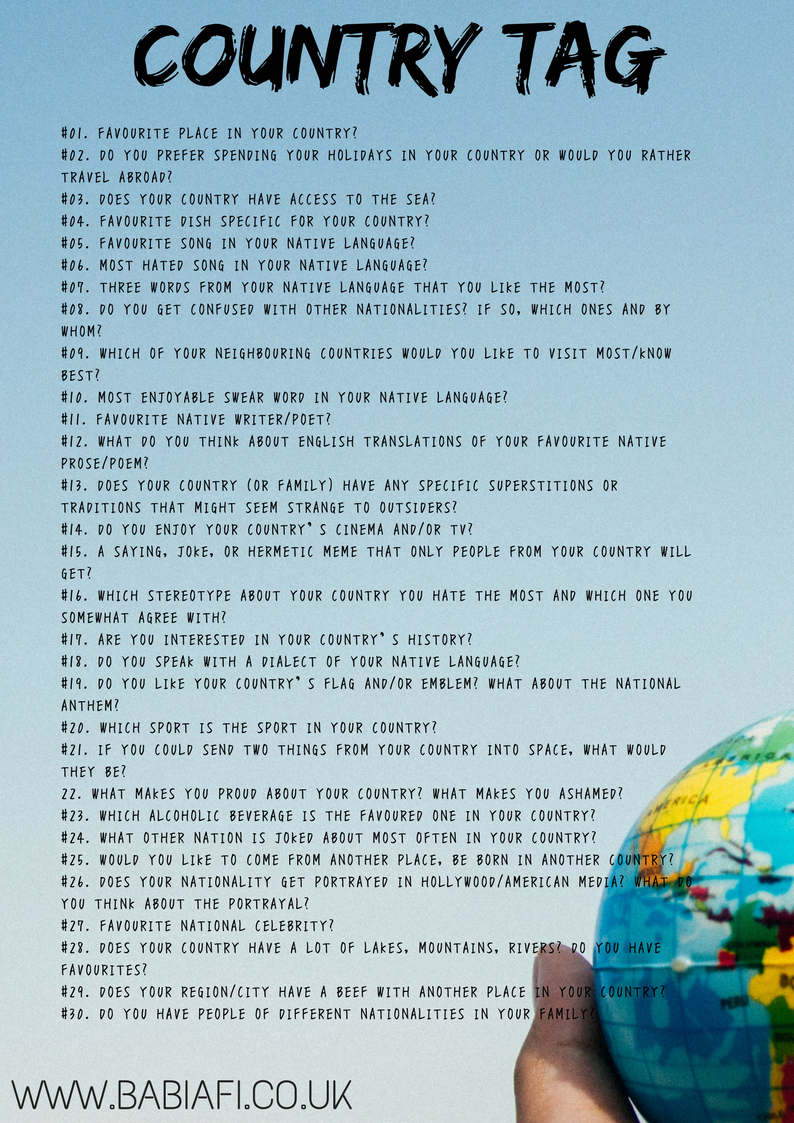