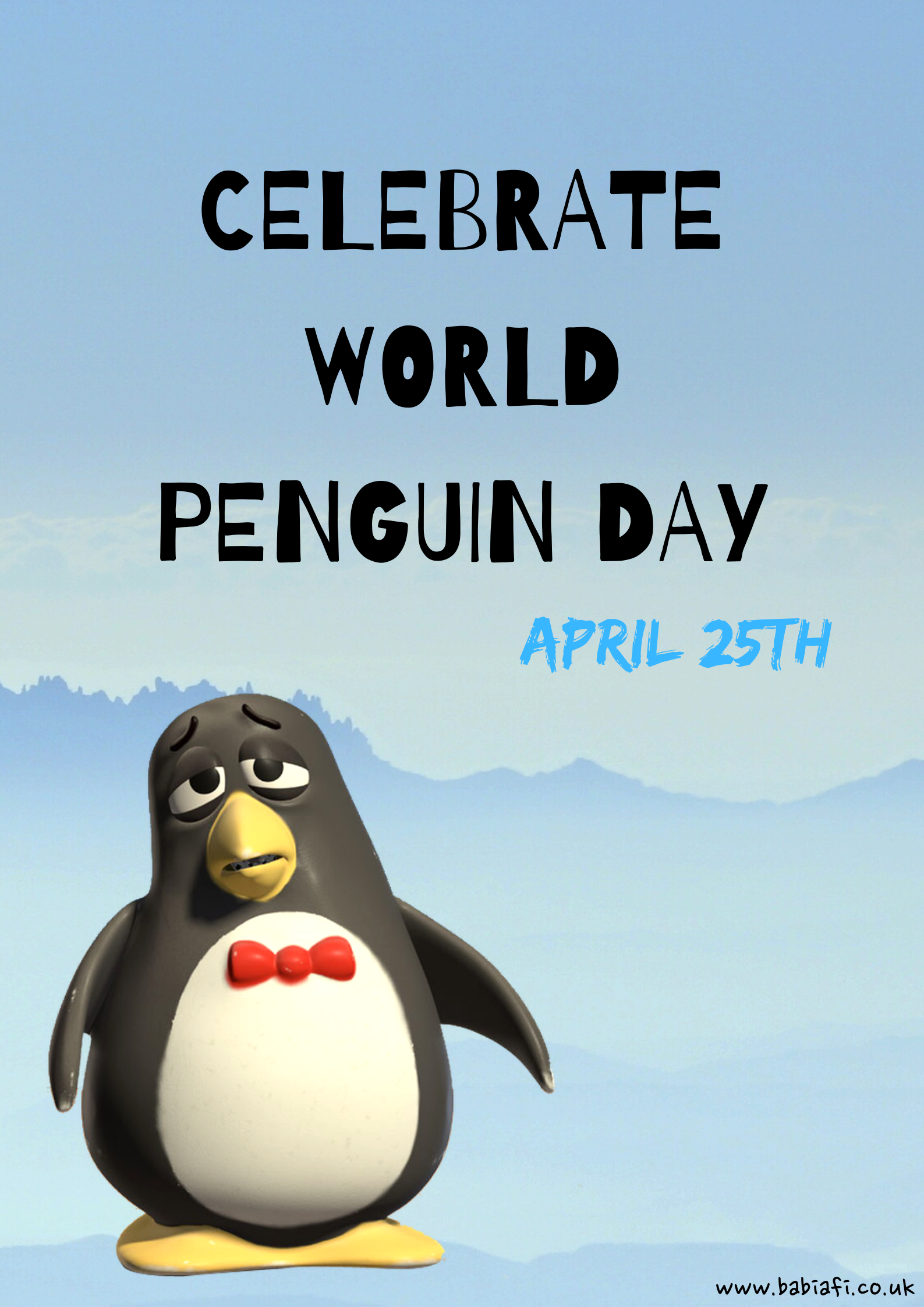 It's Penguin Day! Here are ten penguin-tastic properties you could enjoy while celebrating... 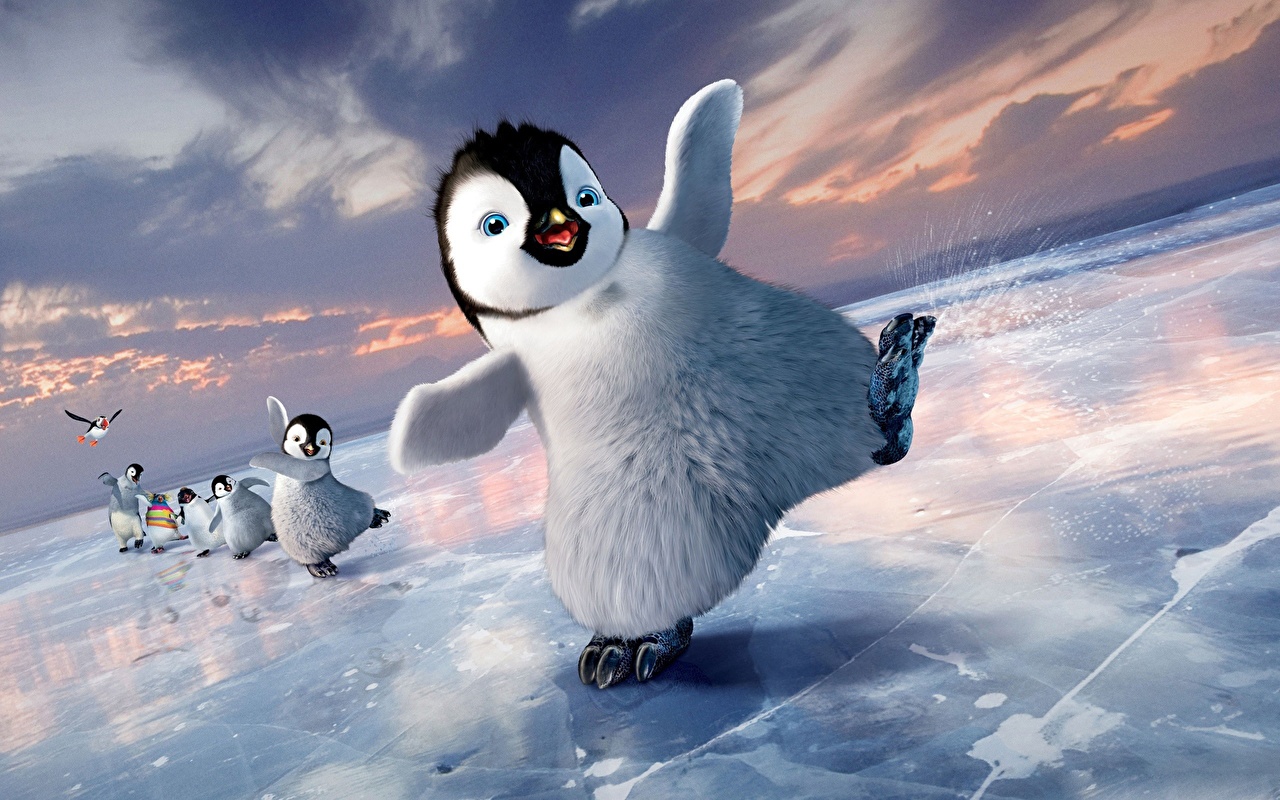 This cute 2006 movie follows tap dancing penguin Mumble (Elijah Wood) who has to be banished from home to find somewhere he truly belongs. Voice acting credits for the film and its inevitable sequel boast the likes of Robin Williams, Hugh Jackman, Nicole Kidman, Brad Pitt, and Matt Damon - but that still wasn't enough to stop Happy Feet Two becoming a box office bomb. 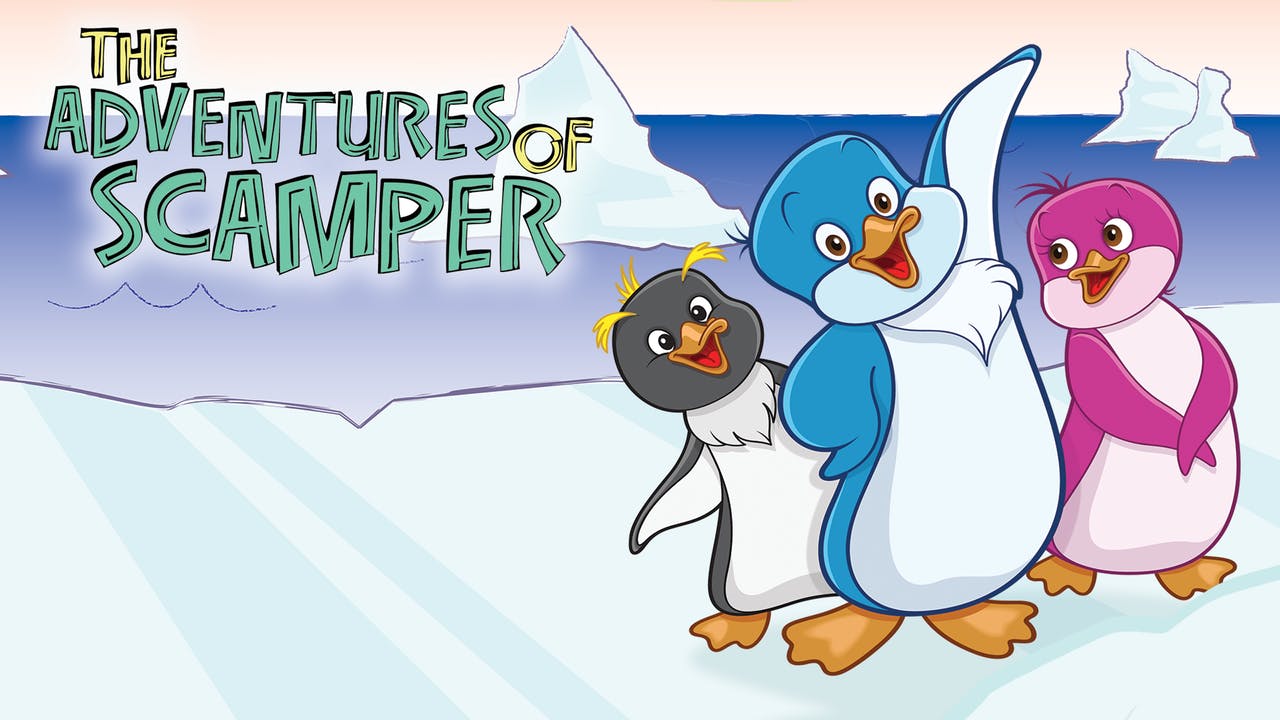 The Adventures of Scamper the Penguin

The Adventures of Lolo the Penguin, to give the film its proper title, was a co-production between Japan and the Soviet Union, completed in 1986. Lolo (Scamper) and his best friend Pépé get lost and have to find their way back home, with the help of the usual menagerie of animal characters, only to find that poachers have captured all the baby penguins to sell to zoos. Lolo and friends save the day - with the number of fatalities accrued along the way depending on whether you're watching the original version or the edited English language dub. 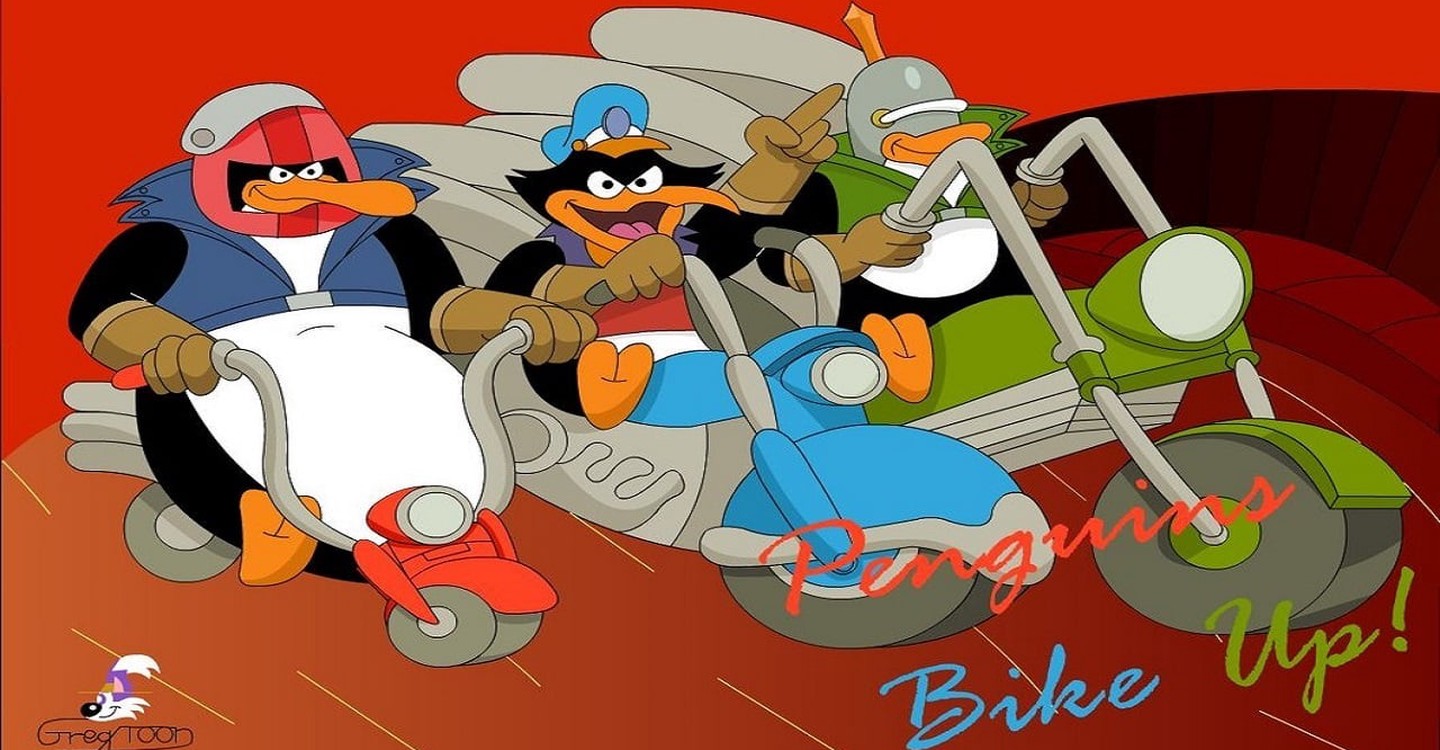 Cosgrave Hall Films - the studio behind the likes of Danger Mouse and Count Duckula - produced 26 episodes of these biker penguins for CITV between 1993 and 1994. 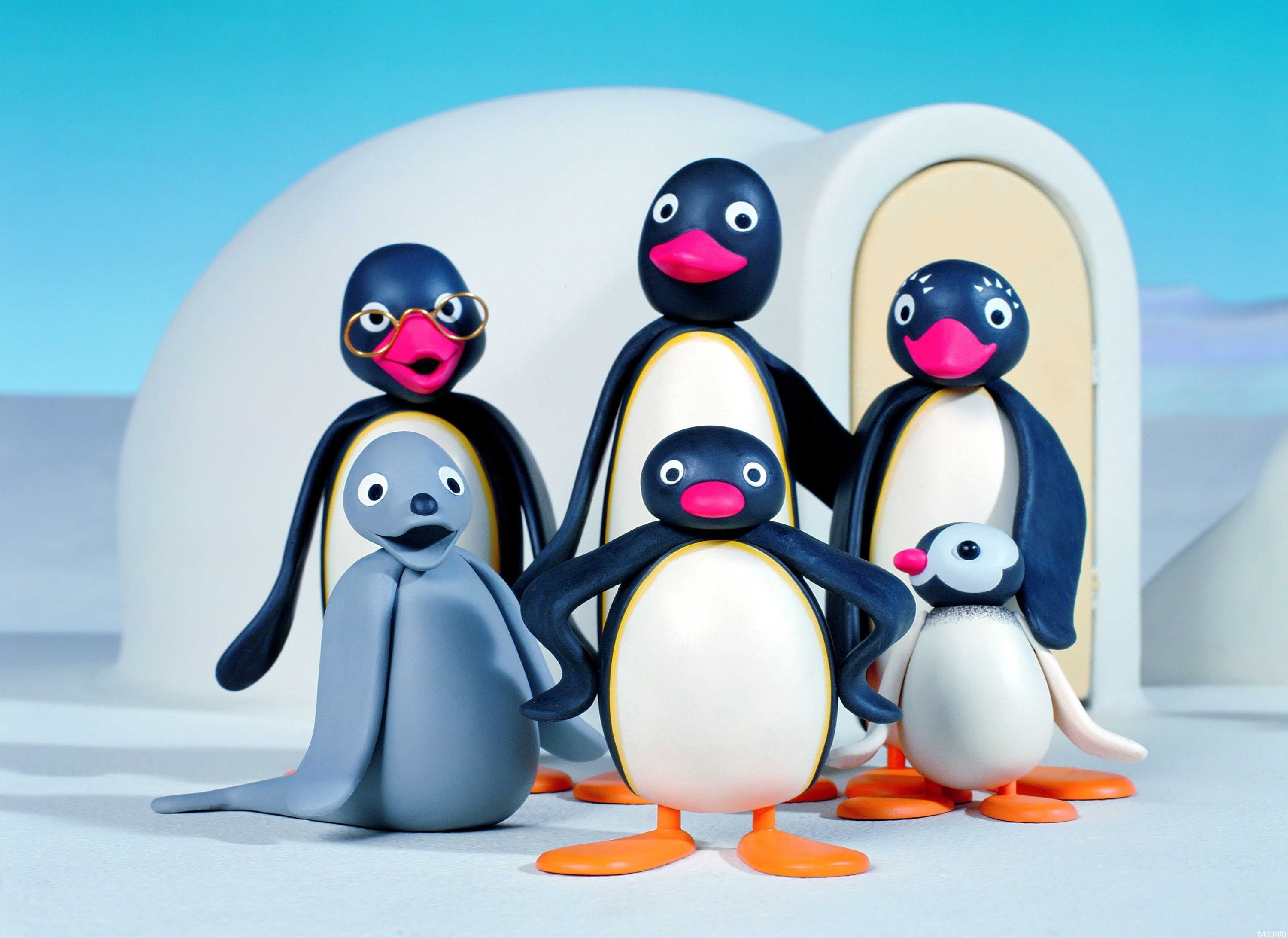 Pingu - a cute if mischievous penguin with a little sister named Pinga - was created by Otmar Gutmann for Swiss TV way back in 1986. 104 episodes were made before production moved to the UK with the backing of the BBC in 2003. Another 52 episodes followed but Pingu didn't have to rely solely on repeats for long: Japan took up the baton with new series Pingu in the City in 2017. 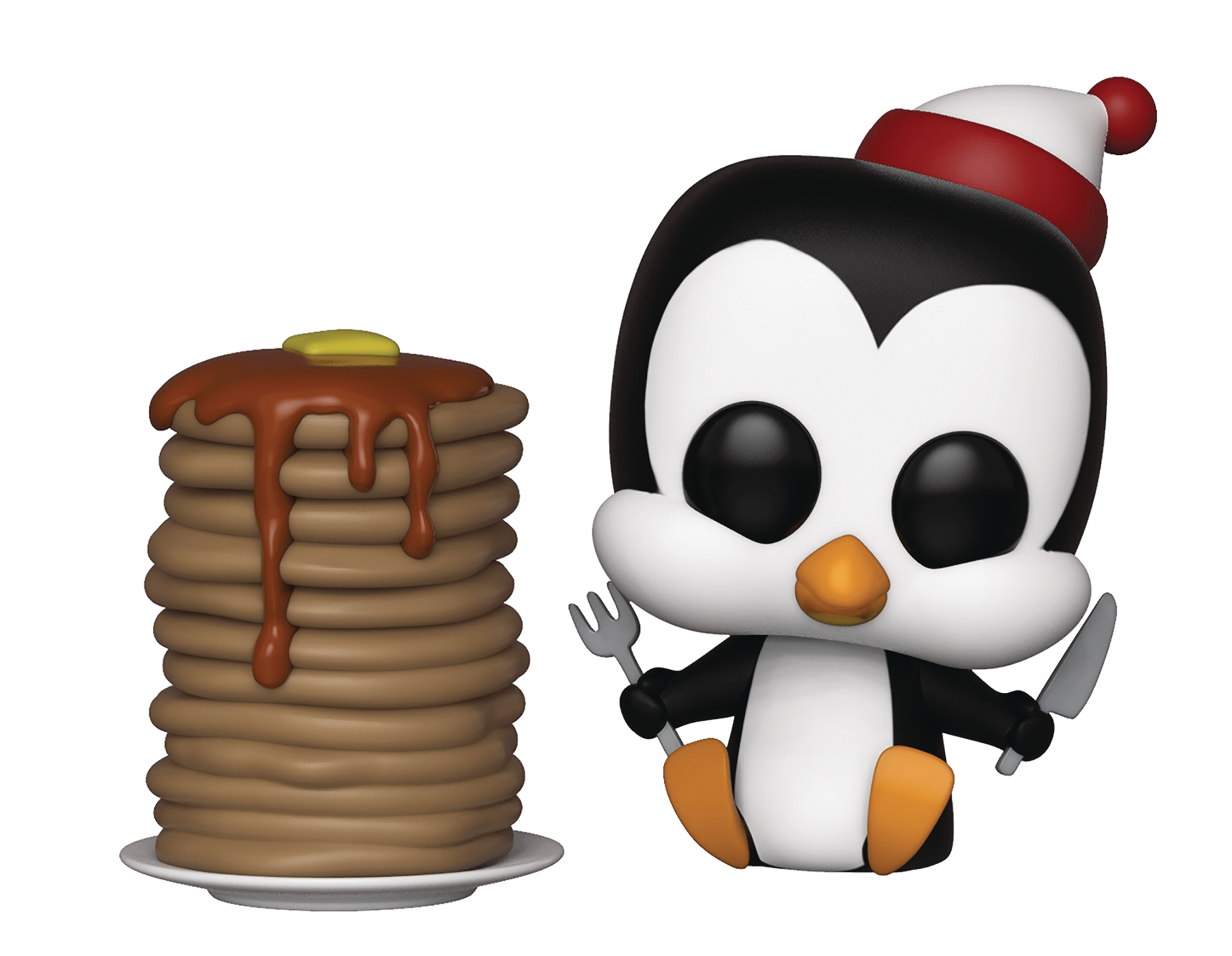 Part of the Lantz studio line-up, Chilly - a penguin who doesn't like the cold - soon became their second most popular character, just behind Woody Woodpecker. He appeared in over 50 cartoons between 1953 and 1972, and remains a supporting character in updated Lantz/Universal offerings like The New Woody Woodpecker Show. Pictured above is his very own Funko Pop.


It's the halfway point and the perfect time for a little Sanrio interlude. Alongside more famous stablemate Hello Kitty, there are two adorable penguin characters: the ever grumpy Badtz-Maru (debuted 1993) and my all time favourite, Tuxedo Sam (debuted 1979), who is known for his great fashion sense and his collection of 365 bow ties. :) 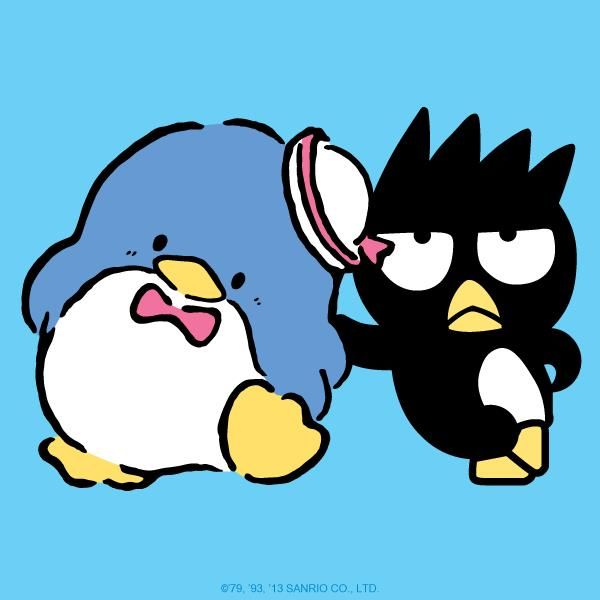 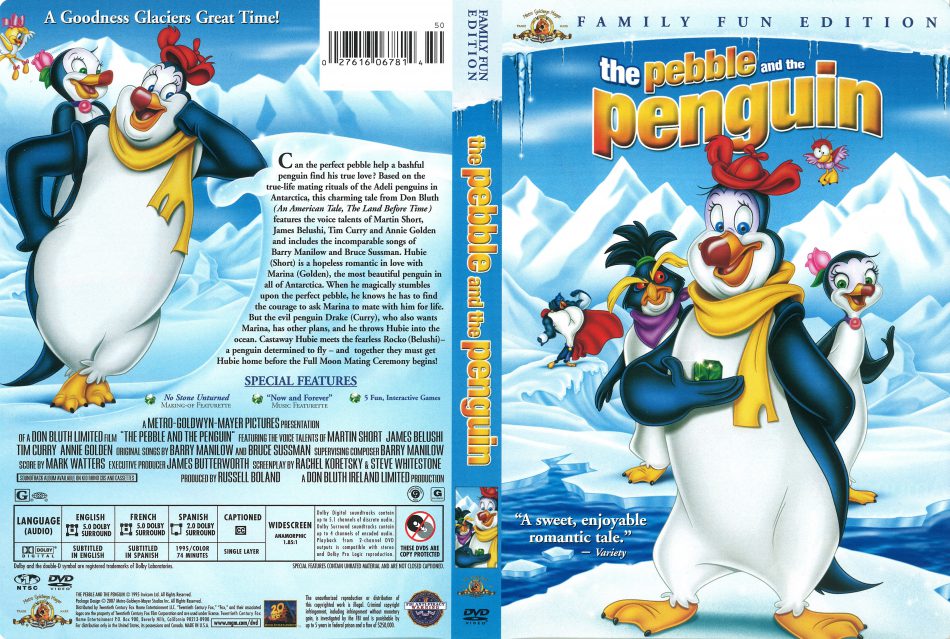 The Pebble and the Penguin

Hubie is a nice guy who seems doomed to lose his lady love, Marina, to bad guy Drake. But will he be able to win her over with his very special pebble? Major problems between MGM and Sullivan Bluth Studios lead to this being a box office disaster in 1995. And, yeah, if you shelled out to see this at the cinema you'd probably be disappointed. As background fare for the kids on a quiet afternoon however, it can hold its own just fine. 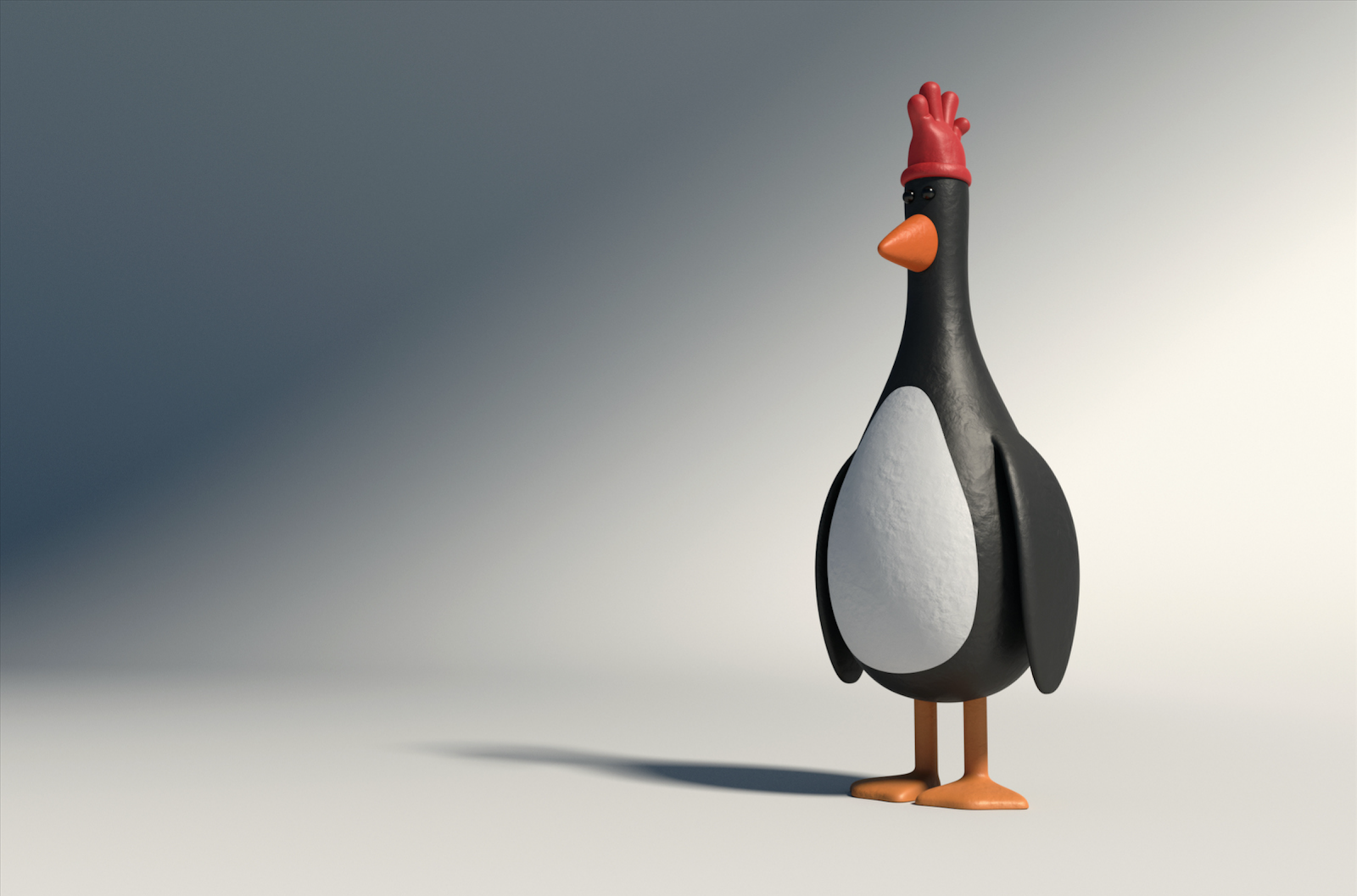 Having the reputation of being cute and cuddly, it's rare to see penguins cast as the baddies of the piece. Feathers McGraw proves that to be an oversight in 1993's Wallace and Gromit offering 'The Wrong Trousers'. It's won piles of awards, including an oscar, so if you haven't seen it already you're in for a real treat! 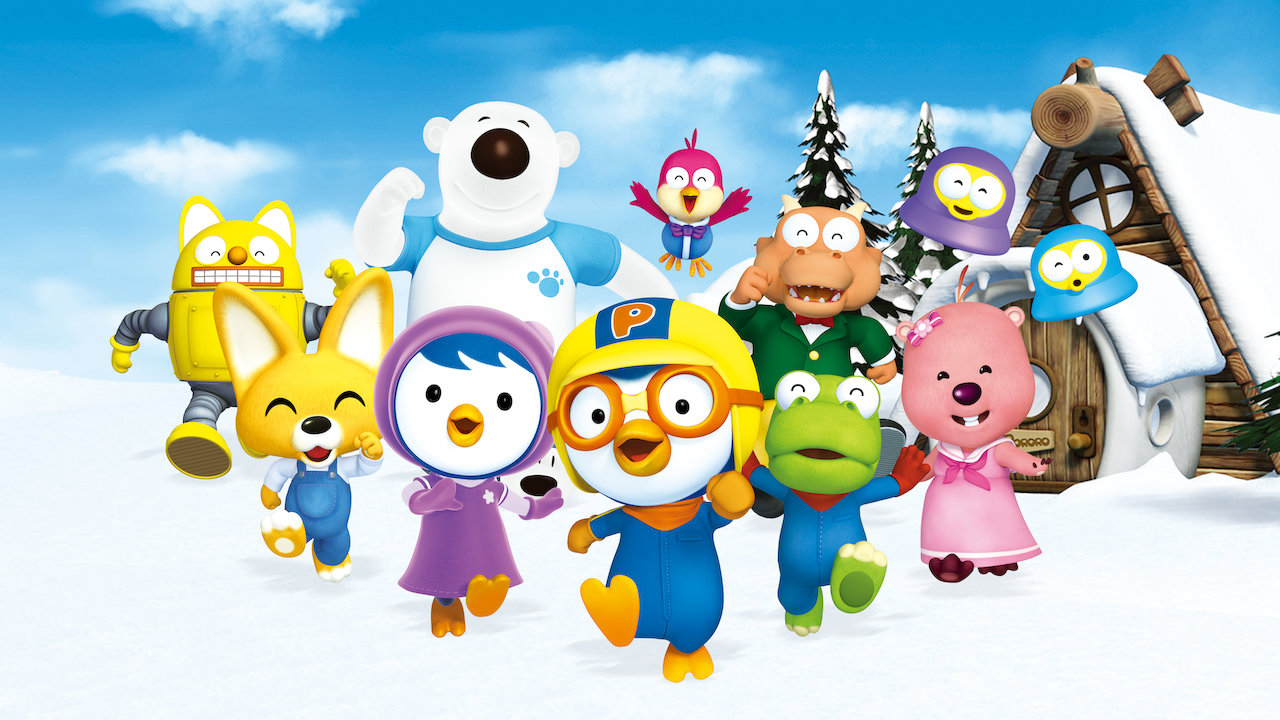 Pororo the Little Penguin is a Korean pre-school show that won over audiences around the world. As of 2019 there are over 50 episodes, plus metric tons of merchandise. In 2014 Pororo was chosen as the transport mascot for Seoul and in summer 2016 he even had his own mini theme park open at Seoul COEX Mall.

Penguins - being cute and easily recognisable - also feature in such other inoffensive preschool fare as 3-2-1 Penguins!, The Paz Show, Pecola, and The Octonauts. 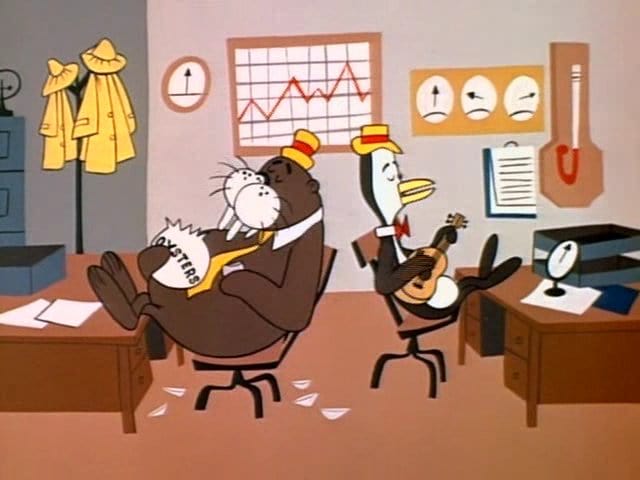 Tennessee Tuxedo and His Tales

Produced by Total Television for CBS between 1963 and 1966, the character made a comeback for a series of Youtube shorts in 2014. Tennessee Tuxedo and his friend Chumley the Walrus get into all manner of scrapes and escapades, all while learning how lights work or what space is, to prove to Newton N. Minnow, former Chair of the Federal Communications Commission, that television was not an educational 'wasteland'. 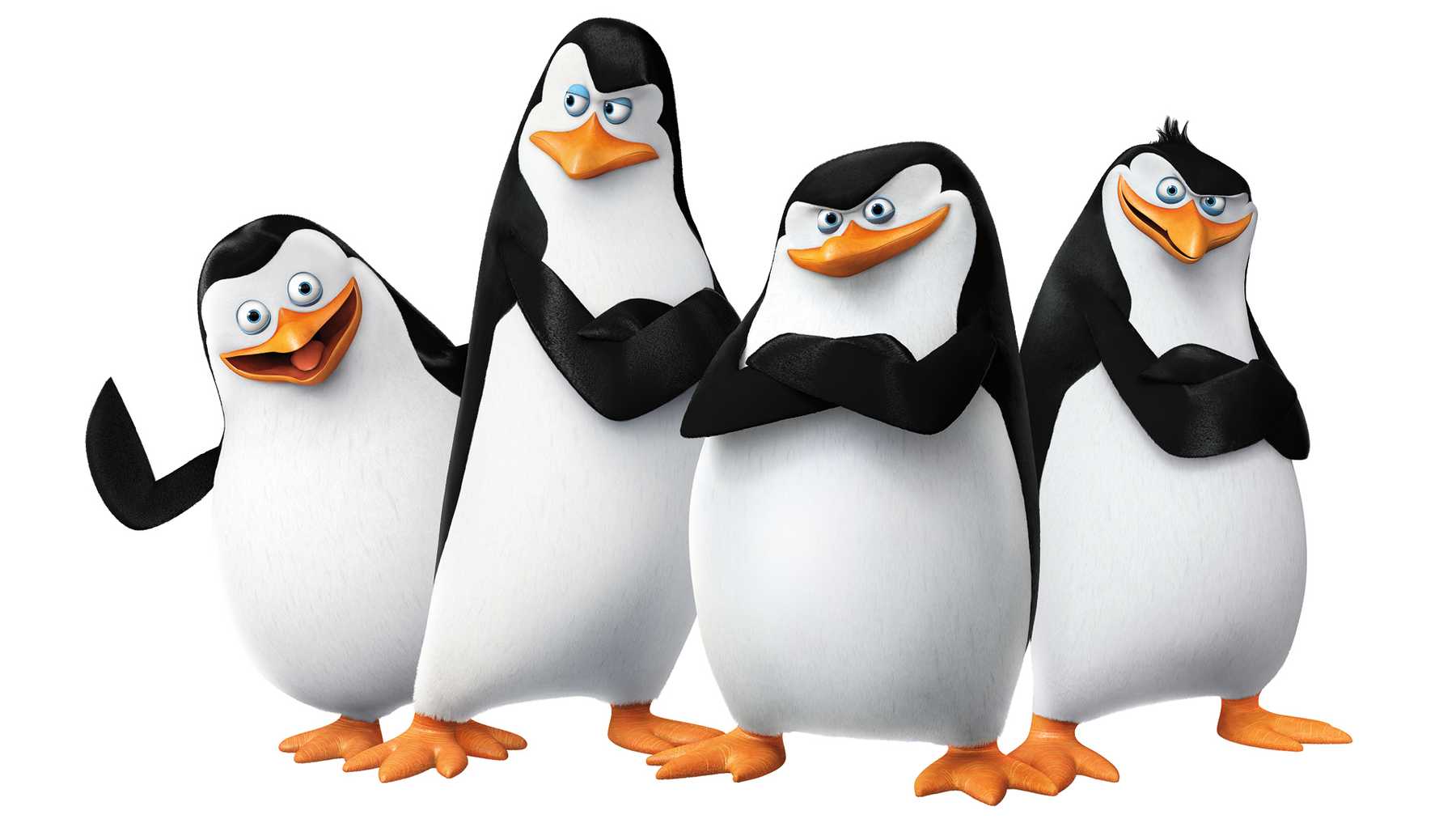 I totally saved the best 'til last! Skipper, Rico, Kowalski and Private were the real stars of the original Madagascar movie, and they soon had their own spin-off TV series, film, and a generally enlarged role in the rest of the Madagascar franchise. Deservedly so, too! 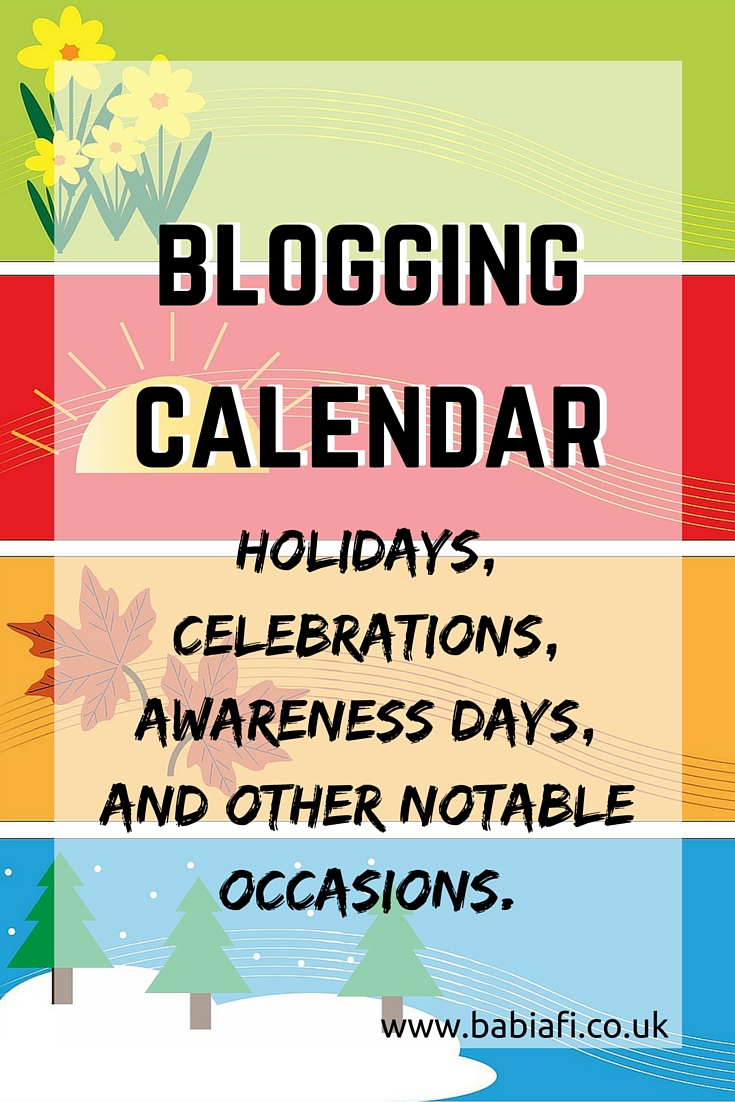