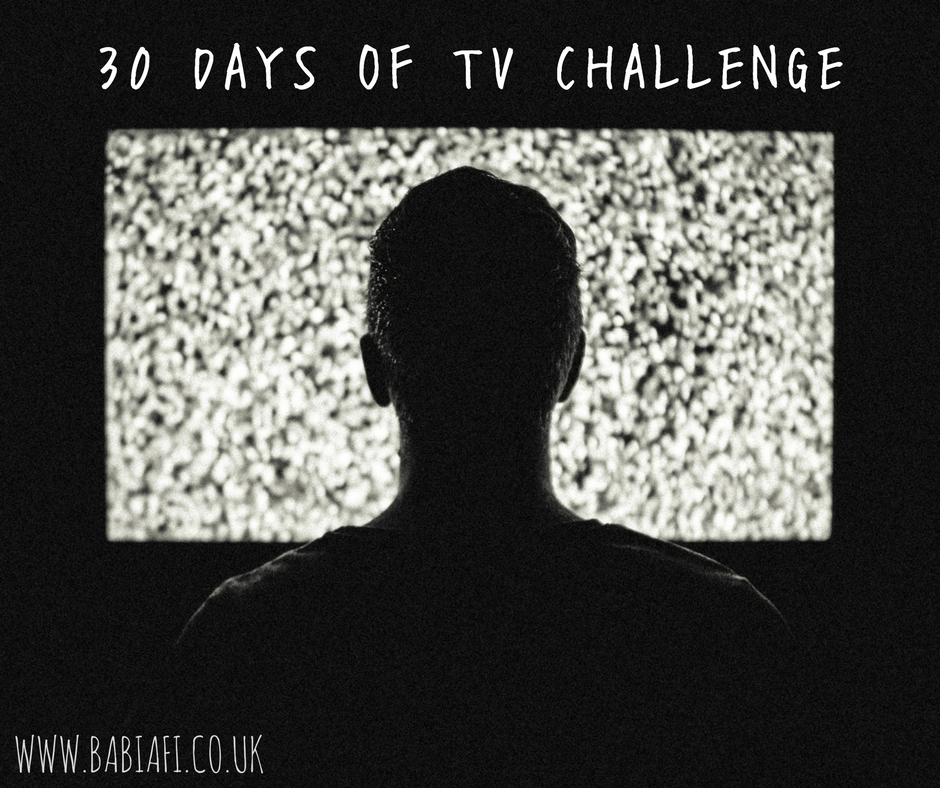 Being new parents basically means you get to spend every night at home in front of the TV. Our reception is awful so we decided we would sign up for Sky before the winter sets in properly. If all goes well it will all be set up by this time tomorrow! To celebrate, here is the 30 Days of TV Blog Challenge condensed into one post.

1. A Show That Should Never Have Been Cancelled

The Bill. It was like a soap opera, with police. So, essentially, every crime drama fan's guilty pleasure. I never missed an episode (via the wonders of the VCR) for like ten years, and still haven't quite got over the shock of it being consigned to the great telly dustbin in the sky. 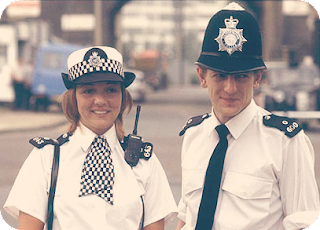 2. A Show That Needs More Viewers

Alys, Pen Talar, and all the other great S4C (Sianel Pedwar Cymru - Channel 4 Wales) shows you never hear about because they're sandwiched between such delights as 'A Day at Young Farmer's Conference' and 'Y Dydd yn y Cynulliad' (the day's discussions from the National Assembly for Wale). To be fair, S4C has improved massively in recent years, but it takes time for people to forget decades of awful programming...

TLC. This surreal sitcom was the UK's answer to Scrubs. From the sadistic anesthetist who hopes against hope his patients will feel pain, to the hospital chaplain who knows he can save them (if they would only let him operate), the whole show is brilliant.

4. Your Favourite Show Ever

On the Buses. Don't get me wrong, it's not as though it's the best TV show ever made. But it's just so homely and comforting, and full of so many quotable moments. (Olive: Oh, Stan, it was awful. The milk man whistled at me! Stan: Don't worry, love. He probably just mistook you for his horse.) I've watched it so many times.

Okay, so I'm playing a little fast and loose with the prompt, but Lost in Austen was awesome.

There have been hundreds, if not thousands, of amazing documentaries that have expanded my horizons over the years. But none come close to the brilliance of Daylight Robbery 2, a 1991 documentary about squirrels which you can still watch on YouTube HERE. My mum taped this for me as a kid because I was obsessed with squirrels, so I proceeded to watch it every day - usually more than once - for the next eighteen months or so...

7. The Last Show You Watched

Columbo. Channel 5 isn't good for much, but it does double bill the world's most dogged detective, so I can't totally dismiss it. There is a joke running all through Columbo that you never get to see his wife, though he mentions her in every episode. Anthony and I have concocted our own head canon that this is because his 'wife' is really a husband named Phil who he wants to talk about incessantly, but knows he can't because the 70s sucked in a lot of ways. This was also the real reason Columbo left the NYPD for the more liberal world of LA. Trufax.

8. A Show Everyone Should Watch

Life on Mars. Time travel, car chases, all purpose quotes, creepy surrealism, funky soundtrack. Basically, Life on Mars has everything you could want and more.

9. Favourite Quote From A TV Show

There are so, so many but I'll go with the one which sprang immediately to mind. DCI Burke is giving DI Ross a dressing down in Taggart. In fact, Ross is such a bad detective Burke is forced to lament:

"You couldn't find your arse if it sat on your face."

10. A Show You Thought You Wouldn’t Like
- But Ended Up Loving

Inspector Morse. It always seemed rather boring but, though I still prefer Lewis and Endeavour, I've come to enjoy it as much as the next crime drama addict.

11. A Show That Disappointed You

Dr Who. I've been pretty disappointed with the current series. Not with the Dr himself - Capaldi is awesome! - but with all the missed opportunities. Some great ideas for storylines, but they just falter and meander off into the forgettable.

Unknown Soldiers. It's from series four of A Touch of Frost, and is my favourite episode along with 'No Other Love' which always makes me cry, and cry, and cry.

High Hopes. It's a sitcom about an agoraphobic ex-con who lives at home with his Mam (a former exotic dancer) and his two young apprentices (who were once caught doing honest work by the local police, much to everyone's disgust).

Father Ted. Definitely one of the greatest sitcoms ever.

I love Dr. Quinn, Medicine Woman. It's kind of like Star Trek: Voyager if it were an AU set in the Old American West. Has that same kind of wholesome viewing quality.

Rainbow is much loved in this house, as I've blogged about before. My other fave is Rastamouse, not least because he can make a bad ting good.

The best kids' shows are the supernatural kind so popular in the 1970s. Children of the Stones is my particular favourite; I've blogged about it before HERE. 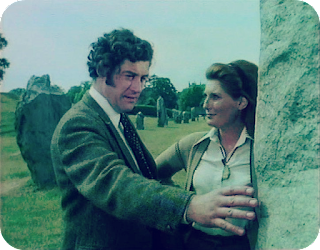 North and South. This BBC adaption of Gaskell's book is amazing.

Some episodes of Afterlife are really quite creepy, and the whole show is well worth watching - it stars Andrew Lincoln of 'Walking Dead' fame as a skeptical academic studying Lesley Sharp's self professed psychic. It's also just about the only TV show I've ever seen where the male and female protagonists really are - and only ever want to be - just friends.

25. A Show You Plan On Watching

I can't wait for the new series of Red Dwarf. :D

I love BBC4 (excluding the proms, I hate having to suffer through concerts and things like that on the TV). I like to feel as though I'm learning something as I stare mindlessly at a screen...

The Adventures of Sherlock Holmes and Dr. Watson. My all time favourite depiction of the dynamic duo is Jeremy Brett and David Burke in the Granada version, but Vasily Livanov and Vitaly Solomin come in second.

28. Best New Show
Not brand spanking new, but still very new by my standards... Grantchester. It has period crime solving, and the awfully pretty James Norton in a cassock. What more could anyone ask for?

29. Favourite TV Twist
Fingersmith. I hadn't read the book so it was a real shock when the truth came out in the second part. If you haven't seen it, give it a go!

One Foot in the Grave. You can listen to it HERE. The only thing better is the Victor Meldrew Honda Song from The Beast in the Cage (S3:EP4).

What is your favourite TV show?