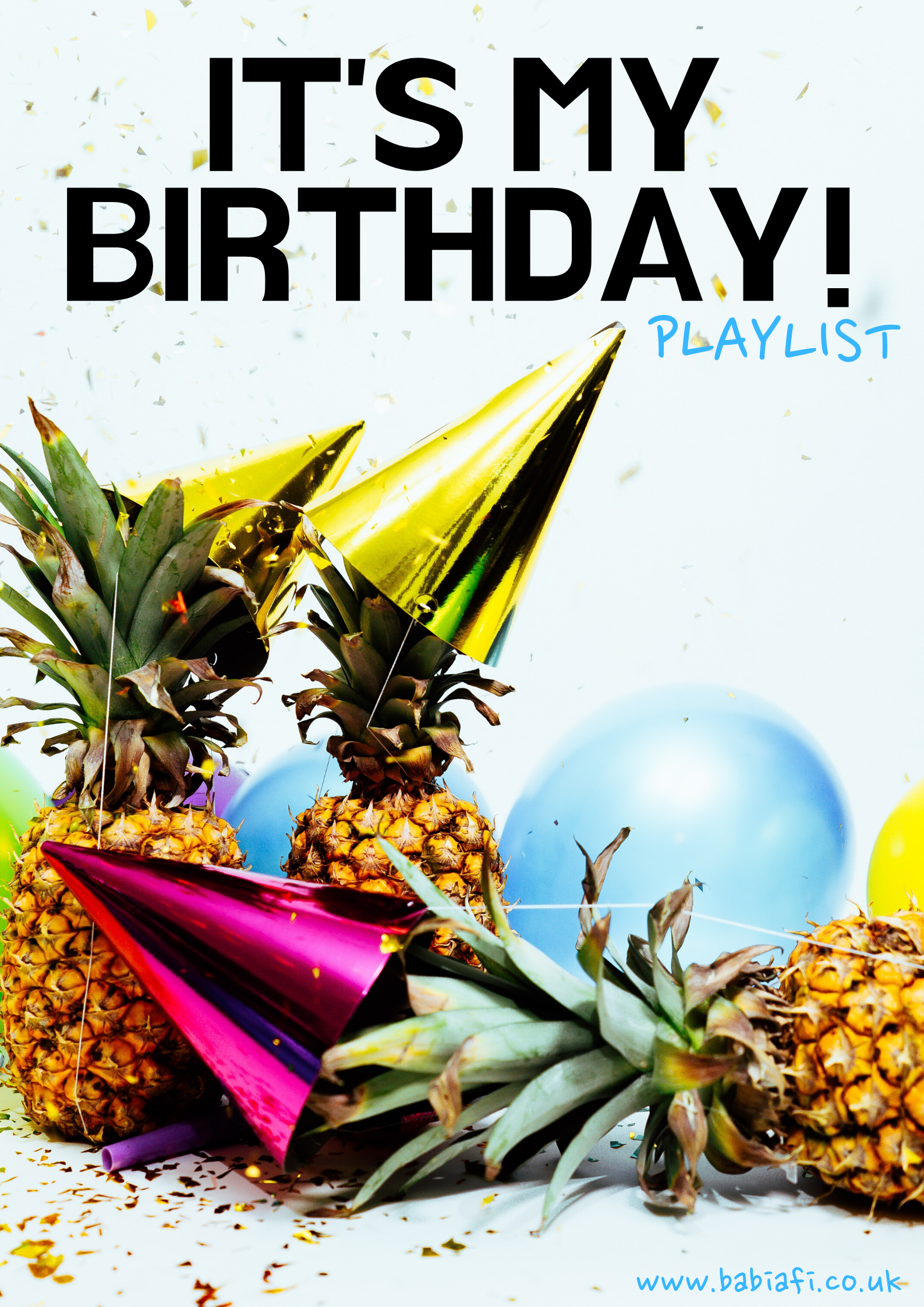 In honour of Marianna's fifth birthday, here are my top ten favourite tracks about that special day...

Okay, so it's hardly lyrical genius this, but it's still a new wave gem. It peaked at #2 in the UK and South Africa, #3 in Ireland, as well as making the top 40 in Sweden and Australia.

This is a song that transports me right back to my schooldays. Apparently it was originally slated for D12 but when they were having trouble finding a direction for it, 50 Cent just laid it down in a couple of takes over the drum beat. It spent nine weeks as Billboard #1 and peaked at #3 in the UK - and inspired 50 Pence to record the very British In The Pub.

Melanie Martinez, an American singer who got her break on the US version of The Voice, riffs on Lesley Gore's 1963 classic in this ode to sucky birthdays everywhere. I love the video so much, it's just full of cute 50s kitsch!

"Did my invitations disappear,
Why'd I put my heart on every cursive letter?
Tell me why the hell no one is here,
Tell me what to do to make it all feel better."

Nothing like a bit of fiddle on your birthday! :)

Who hasn't had a birthday fitting of a Smiths soundtrack? Even if it's the best birthday ever, there's always room for a little Smiths misery.

I had never heard of this before I went looking for birthday themed songs for this list, but by all accounts it was a pretty big hit in some territories. (E.g. #1 in the Czech Repubic, #3 in Sweden, #4 in Germany.) It's a really moving track about looking back on abortion and wondering who the child might have been if they could have gone ahead with the pregnancy; the t.A.T.u sample as back-up vocals sounds super haunting too. Give it a listen!

"I paid for the murder before they determined the sex,
Choosing our life over your life meant your death...
I think about it every year, so I picked up a pen.
Happy birthday, I love you whoever you would've been."

This is such a beautiful song. ♥️

The Vandals give us a celebratory song with a good dollop of punk sensibility... Definitely not one for younger listeners!

The original peaked at #9 in the UK, but the 1981 cover by Dave Stewart and Barbara Gaskin stayed at the top spot for four weeks. I always preferred the 60s version; I always got upset on my birthday as a kid, I dunno why. Maybe it was overwhelming? Or it had that New Year's Eve feel of looking back on a year that could have been more fruitful? Either way, the idea that I could do what I wanted on my birthday, even if it was cry and be anti-social, really spoke to me!

The track might have been panned by the critics but it (deservedly imo) hit the #1 spot in the UK, earworming it's way into the nation's heads. Elsewhere it didn't do so well; it peaked at #4 in Australia, #16 in New Zealand, #23 in Belgium, and #41 in Germany. What can I say - us Brits aren't exactly known for our sophisticated musical tastes!