It's Halloween! In honour of the occasion I took on the 30 Day Horror Film Challenge - here are the results, handily condensed into a single blog post.

The TommyKnockers, 1993. The 'tommyknockers' chant still creeps me out. Watch it on YouTube HERE.

From Hell, 2001. It wasn't very good, but it did have Johnny Depp looking like this which was, I felt, suitable recompense.

The Dark, 2005. Okay, it wasn't actually made in Wales - but it is set here. It didn't get great reviews, but I really enjoyed it all the same. 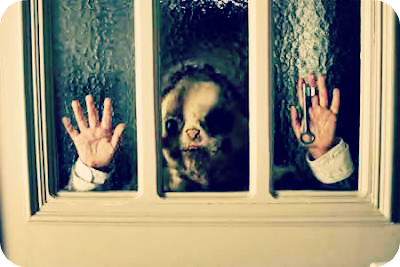 Halloween III: Season of the Witch, 1982. This film has little to nothing in common with any other in the Halloween franchise - and it's all the better for it.

White Zombie, 1932. Bela Lugosi creates his own army of the undead, using his evil voodoo powers. It's the original and (arguably) best zombie film. Watch it on YouTube HERE.

Asylum, 1972. I love anthology films, they should make more of them. Asylum edges it's way to the top of the list by containing 'Mannikins of Horror', a story which played on my once young and impressionable mind for weeks. Watch it on YouTube HERE.

It's a three way tie between these fine gentlemen: Peter Cushing, Vincent Price, and Christopher Lee.

A Fool There Was, 1915. Theda Bara was the original movie 'vamp' and, while it might not be of the bloodsucking kind, she still manages to send her beau to the grave. Watch on YouTube HERE.

Korkarlen, 1921. Known as The Phantom Carriage in English, this Swedish masterpiece really showcases what 1920s cinema was capable of. Just check out that ghost effect! Watch it on YouTube HERE.

Sweeney Todd: The Demon Barber of Fleet Street, 1936. Tod Slaughter doing what he does best. You can watch it on YouTube HERE.

Dead of Night, 1945. Horror film production was banned in Britain during WW2, but this anthology film is a fitting comeback.

The Witches, 1966. I love this Hammer Horror which even features a guest appearance from Sindy doll's boyfriend, Paul. 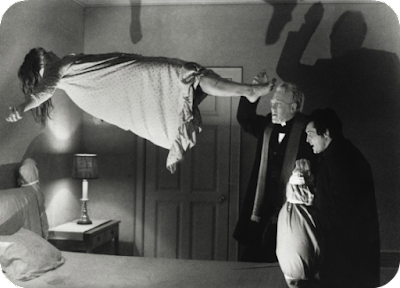 Poltergeist, 1982. Kids today will never understand the terror of the TV static.

The Hole, 2001. I really liked the twist in the tale in this one. It's also great for pointing at the screen and going 'isn't that what's their name off what's it called?' Watch it on YouTube HERE.

The Woman in Black, 2012. It had so many of my favourite horror film elements.

Fright, 1971. Really a proto-slasher, but still manages to be one of the better examples of the genre. Watch it on YouTube HERE.

Let the Right One In, 2008. Swedish horror romance.

Shaun of the Dead, 2004. So many references for the horror nerd to uncover.

Final Destination 3, 2006. This is really subjective because the film is only rated 15 but... it's the only horror film that's ever made me consider getting up and walking out of the cinema. The scene with the tanning bed made me feel so sick. I stayed put though, because my younger brother - who wasn't even legally old enough to be in the showing - was sat a few rows in front of me with his friends. My horror film street cred would have been trampled into the dust! 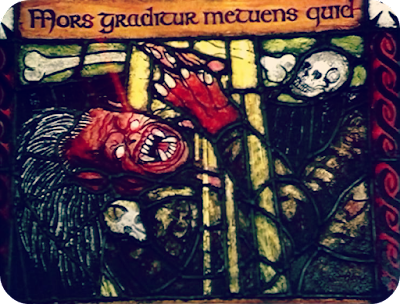 Rawhead Rex, 1986. Don't be put off by the low budget monster; it doesn't feature for long and the rest of the film is a forgotten gem.

29. Favourite Horror Film Based on a Book

The Innocents, 1961. Brilliant movie based on Henry James' 1898 novella The Turn of the Screw. Watch it on YouTube HERE.

The Ring, 2002. Other films are better, it's true, but nothing has ever given me as many sleepless nights as Samara / Sadako climbing out of that well.