Save The Frogs Day - Top Ten Frogs of the Silver Screen 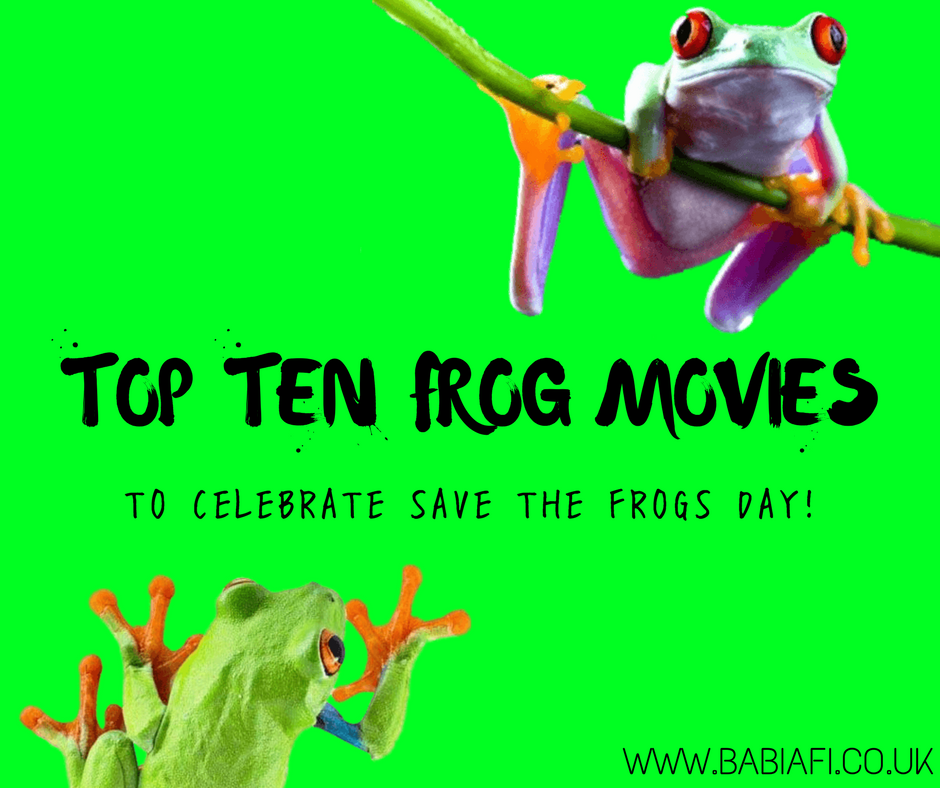 Since 1980 somewhere in the range of 200 species of frog have disappeared. Our remaining frogs are faced with threats including, though not limited to, pollution, infectious diseases, loss of habitat, climate change, invasive species, and over harvesting for the pet and food trades. So, in 2008, Save The Frogs! was founded as America's first public charity dedicated exclusively to amphibian conservation.

One of their first moves was to get the last Saturday of April designated as Save The Frogs Day, and since then the media coverage and reach of the campaign has continued to grow and grow!

So, in deference to the occasion, here are the top ten frog movies for your perusal... 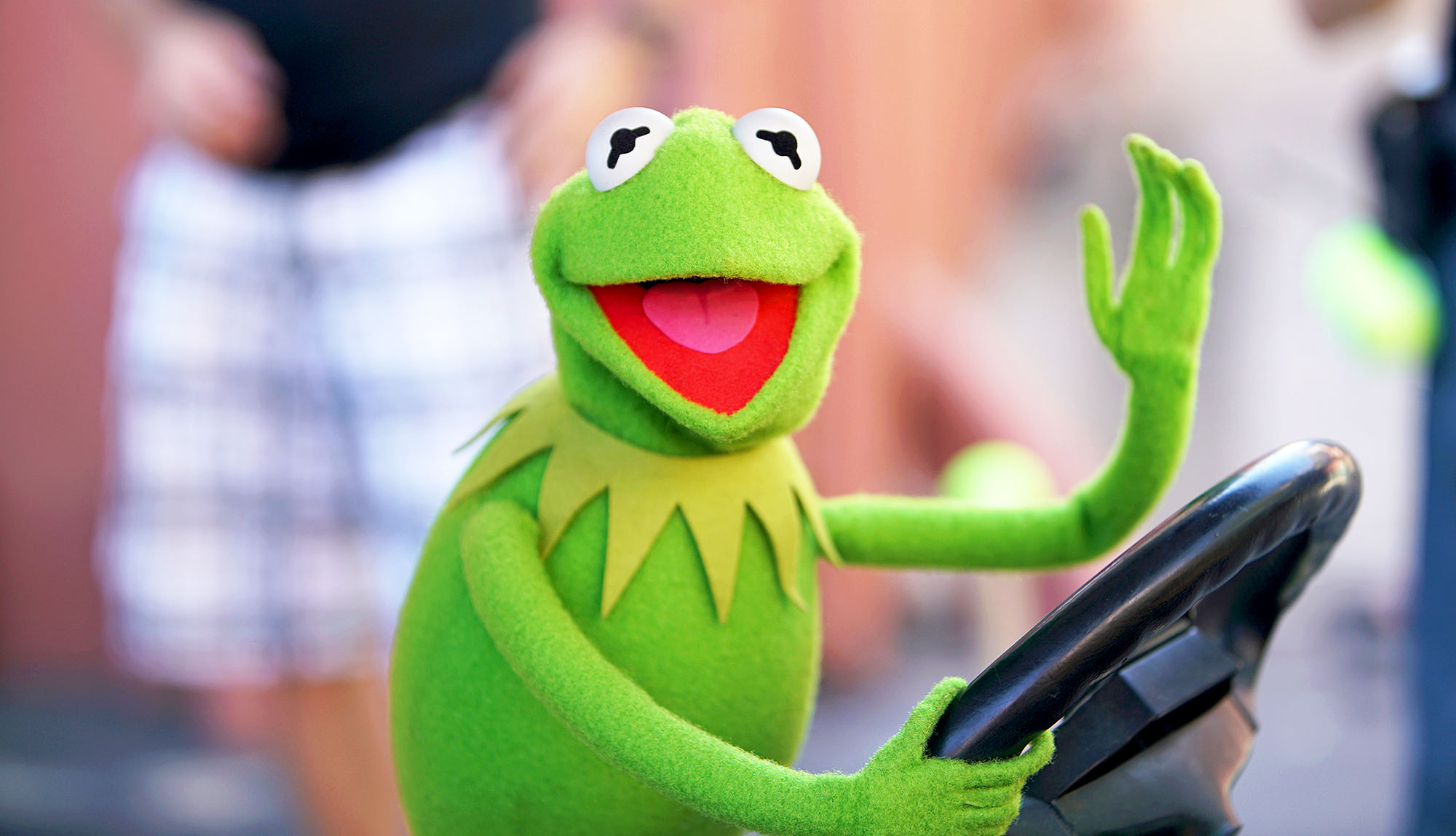 Kermit the Frog (1955 - ). Kermit began life as a kind of lizard creature fashioned from an old coat belonging to Jim Henson's mother and two ping pong ball halves. After a few outings on the WRC-TV series Sam and Friends, Kermit established himself as a frog and a viewer favourite. He was one of the original characters when Sesame Street launched in 1969 and has since gone on to star in innumerable films, shows, and TV commercials. He even has his own star on the Hollywood Walk of Fame!

The Jim Henson Company was also involved with Water Warriors, a CGI movie touted as 'Braveheart with frogs' which is currently languishing in development hell. 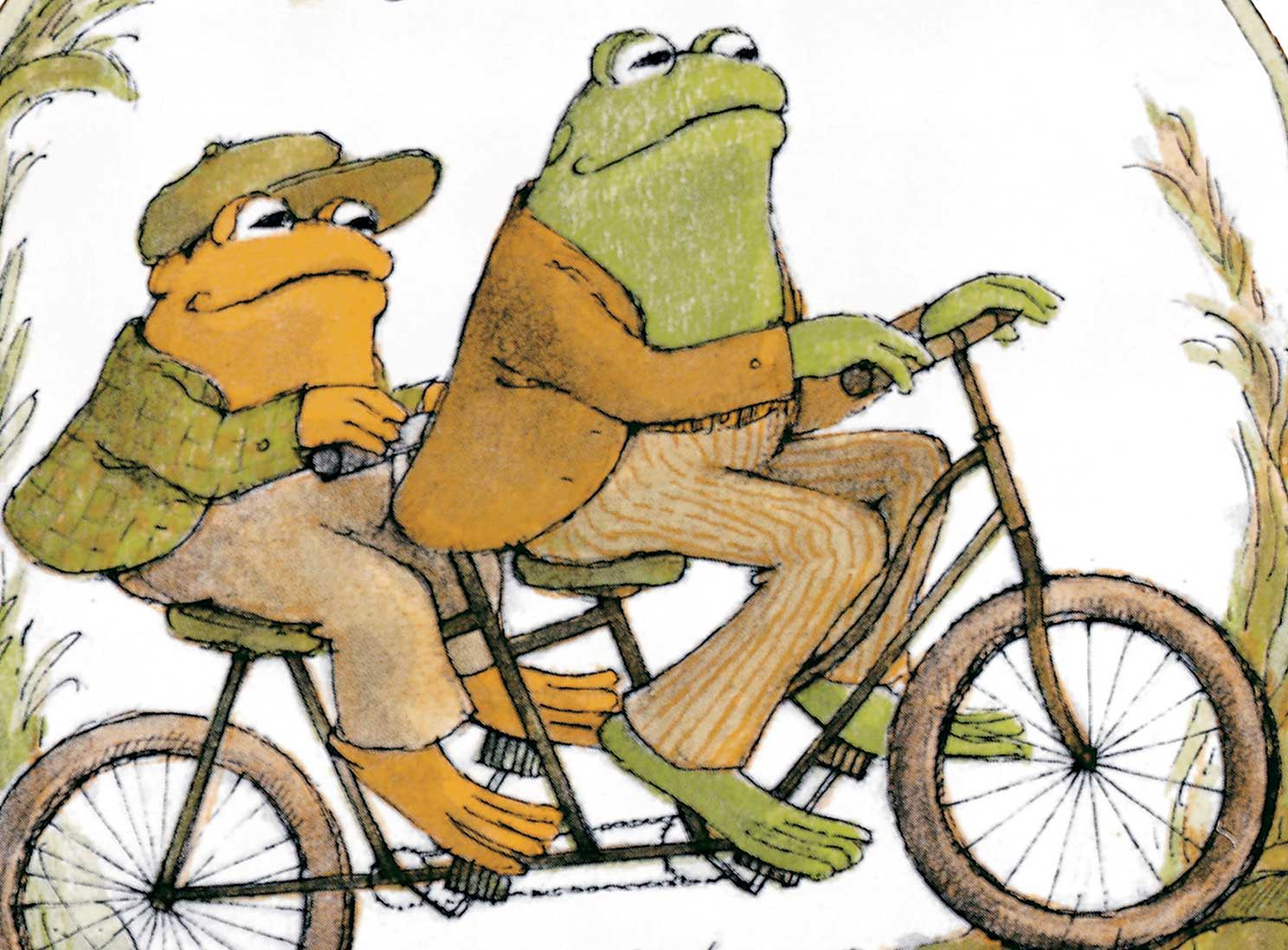 Frog and Toad. Starting life as a series of pre-school books by Adrianne Lobel, Churchill Films later produced short claymation movies based on them. Frog and Toad are Friends was released in 1985, with Frog and Toad Together following in 1987. 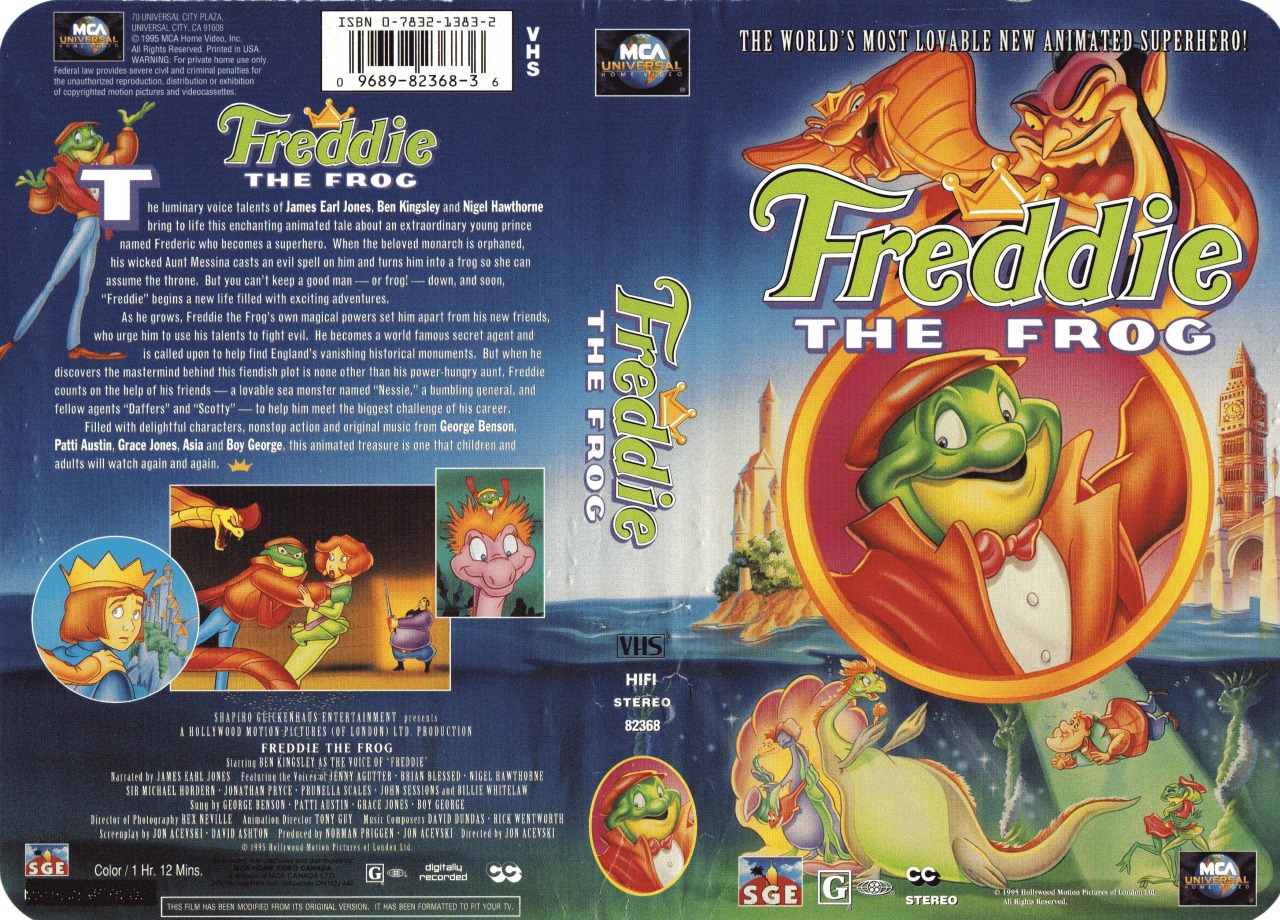 Freddie the Frog (1992). This British production was released in the UK as Freddie as F.R.O.7, highlighting its aim to be something of a Bond spoof. The titular Freddie is a medieval prince who was transformed into a frog by his wicked Aunt Messina. After having his life saved by the Loch Ness Monster he leaps into the sky, through a few time zones, and ended up in the 20th Century where he joined the French Secret Service - which leads to him helping out the British when famous landmarks start disappearing. That synopsis should give you some inkling as to why the film was both a critical and commercial failure, and also why it's since earned itself a cult following.

Other frogs of cult fame include Cadbury's Freddo, Crazy Frog and internet memes Dat Boi and Pepe the Frog. 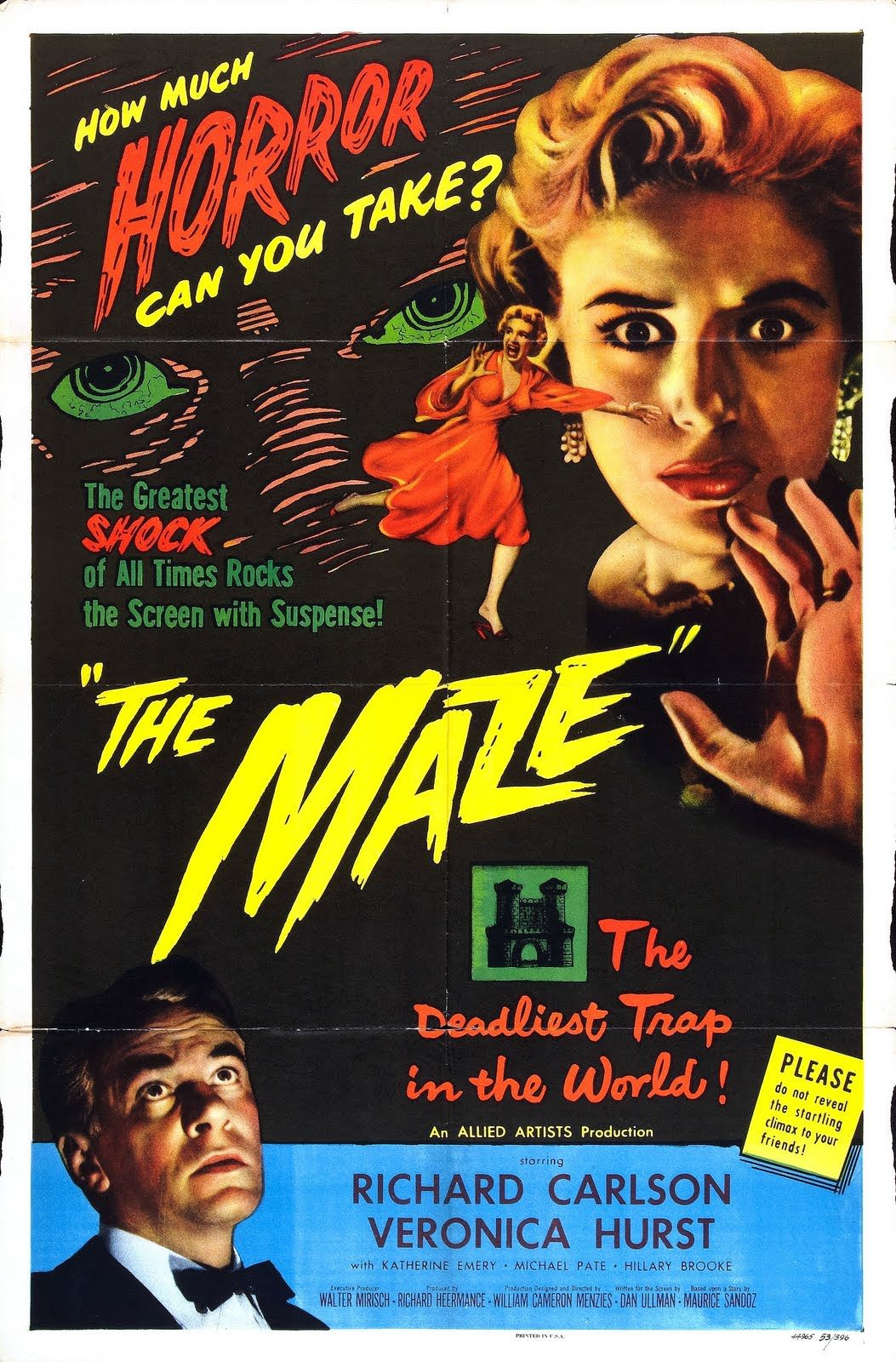 The Maze (1953). On hearing of his uncle's death Gerald MacTeam breaks off his engagement and moves to the family castle. Kitty, his erstwhile fiancée, refuses to accept that it's all over and turns up on his doorstep, accompanied by her aunt. She finds Gerald prematurely aged and the whole place steeped in mystery - some truly excellent movie tension follows. Until, one night, Kitty and her aunt sneak out into the garden maze and come face to face with the castle's true master.

For more froggy fiends played serious, check out 1959's Der Frosch mit der Maske. It was the first of Rialto's 'Krimis', crime films made in Denmark for the West German market.

The Frog Kingdom (2013). When the Frog King announces that the winner of the annual froglympics will win his daughter's hand in marriage, Princess Froglegs runs away. She meets and befriends a street vendor named Freddie who she starts training for the games, in the hopes of thwarting her father's plan. Although panned in the West, the film was enough of a success in its native China to have already spawned a sequel, Arctic Adventure: On Frozen Pond. 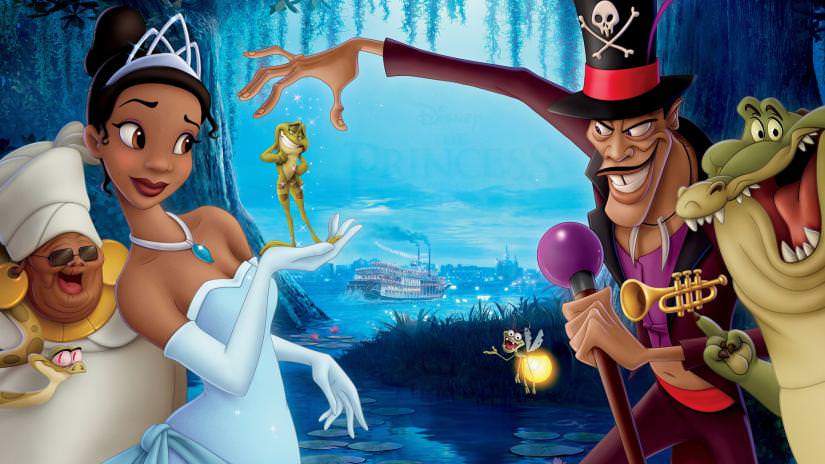 The Princess and the Frog (2009). Hard-working New Orleans girl Tiana dreams of opening her own restaurant. Prince Naveen of Maldonia is only interested in maintaining the lifestyle he enjoyed before his parents stopped his allowance. When they both get turned into frogs thanks to the machinations of The Shadow Man, they have no choice but to put their differences aside...

The concept of a frog princess is especially prevalent in Russian fairy tale collections. A few movies based on the tale include the 1977 animated film Vasilisa the Beautiful and an earlier animated short of the same name directed by Mikhail Tsekhanovsky in 1954. There is also a famous live action version from 1939. 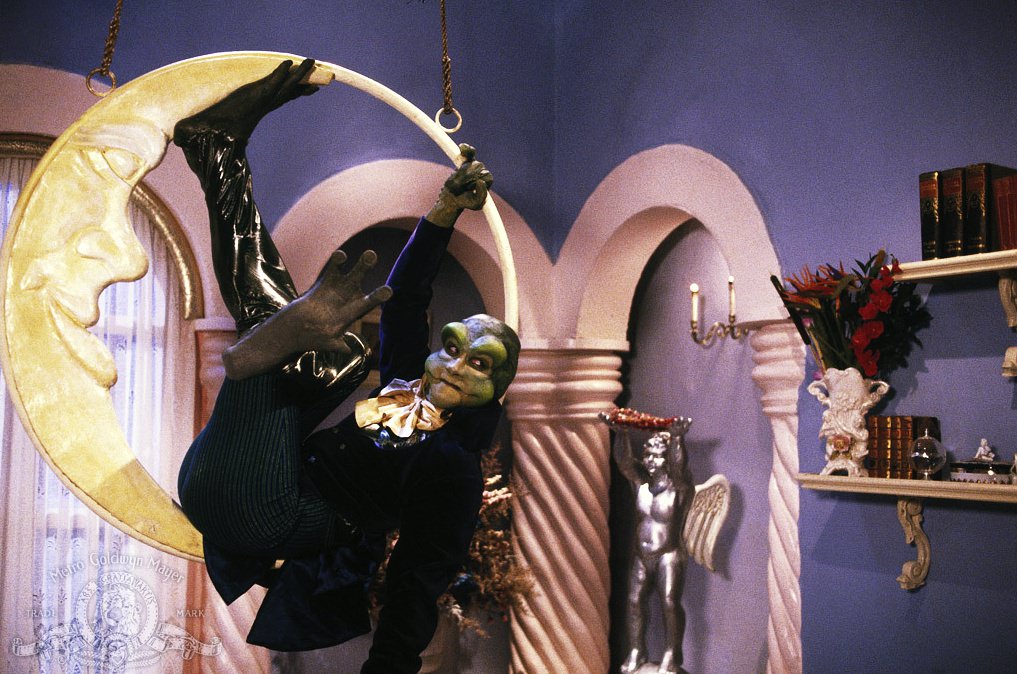 The Frog Prince is a fairy tale best known through the Brothers Grimm version first published in their first volume of Children's and Household Tales in 1812. It has since been adapted in film, prose, and other media over and over again. Some of these stories are vastly creepier than others - the picture above is from 1986's The Frog Prince, a weird and wonderful musical filmed in Israel.

Other versions, mostly made-for-TV movies, include:

The earliest film version was directed by Segundo de Chomón in 1908: 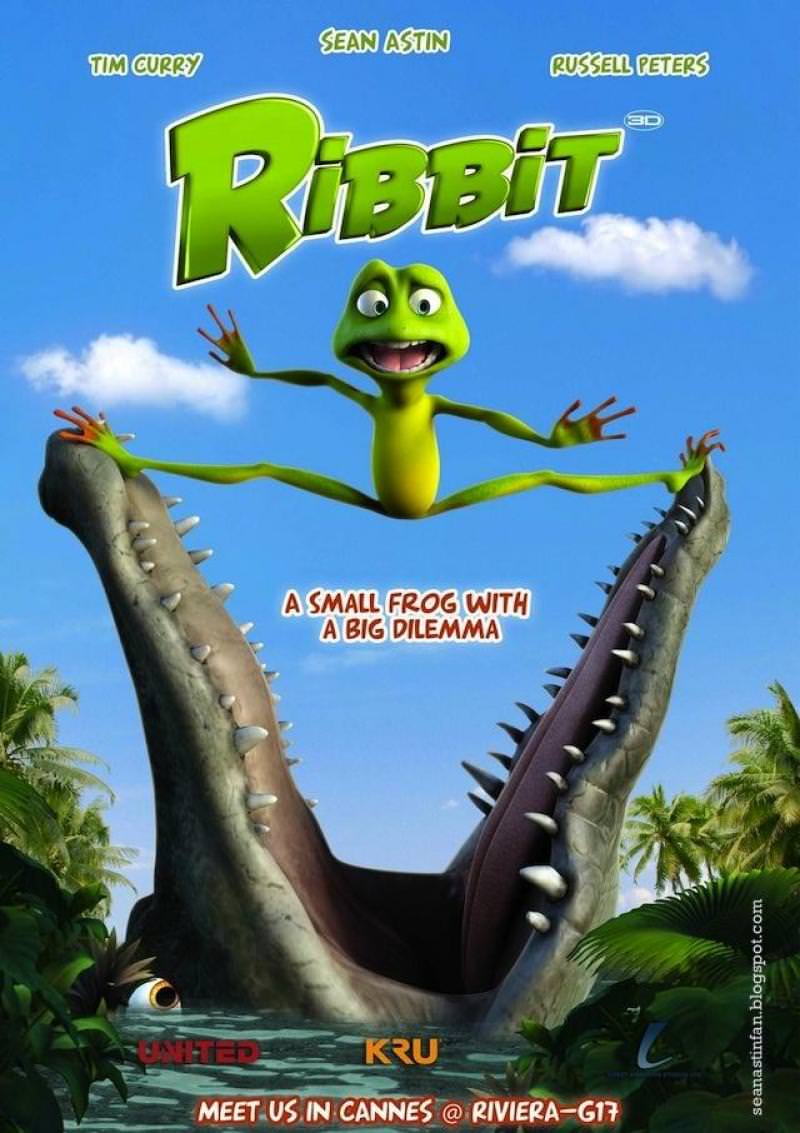 Ribbit (2014). Feeling something of an outcast among his froggy friends, Ribbit sets out on a journey to find purpose in his life - along the way he is hypnotised into believing that he is really a human prince trapped in a frog's body...

A few other CGI frogs you might want to check out include Toadhog in the pre-school show Jungle Junction, Princess Fiona's dad in Shrek 2 and 3, and the stars of  upcoming Disney channel offering Amphibia. 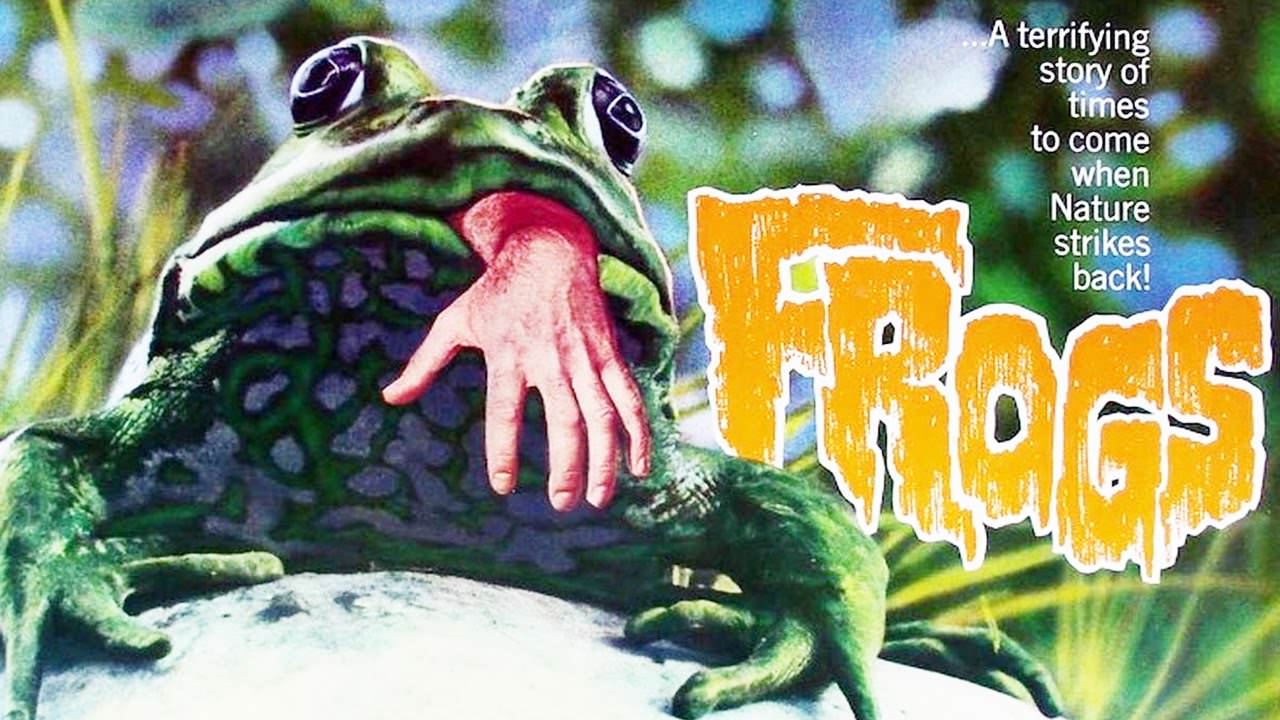 Frogs (1972). Jason Crockett, the cantankerous wheelchair-bound head of a wealthy and influential Southern family, has a one man vendetta against the local fauna and wildlife. Unfortunately for him, nature decides to fight back. The rest of the family take the decision to get out while the goings good, but Jason collapses and dies when hundreds of frogs break into the house to stare at him... This eco-horror is every bit as bad as it sounds. In fact it's so bad it goes all the way around in a circle and ends up being kind of good again! 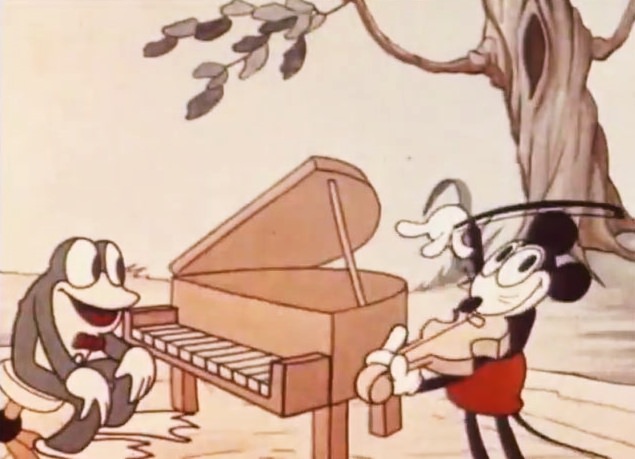 Flip the Frog (1930 - 1933). Ub Iwerks, an animator at Disney who left to set up his own studio in 1930, created Flip as one of his first solo ventures. Distributed through MGM, Flip lasted for 38 shorts and his very own annual before falling out of favor and being replaced by Willie Whopper.

We All Stand Together (1984). Otherwise known as The Frog Chorus, Paul McCartney hit #3 in the UK charts with this single from the animated short Rupert [Bear] and the Frog Song - also written and produced by Paul McCartney.

Another music video starring animated frogs is Roger Glover's Love Is All, a #1 hit in Belgium and the Netherlands in 1975. 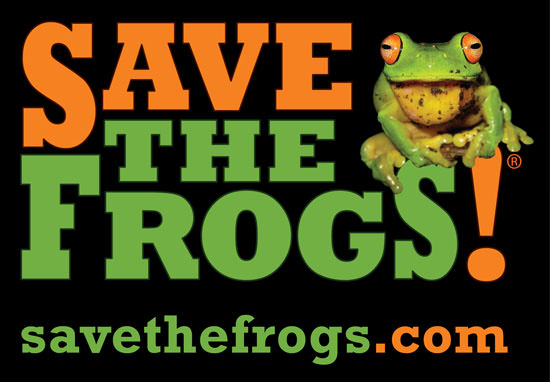